A win for animals! The European Parliament votes in favour of a comprehensive plan to phase-out experiments on animals 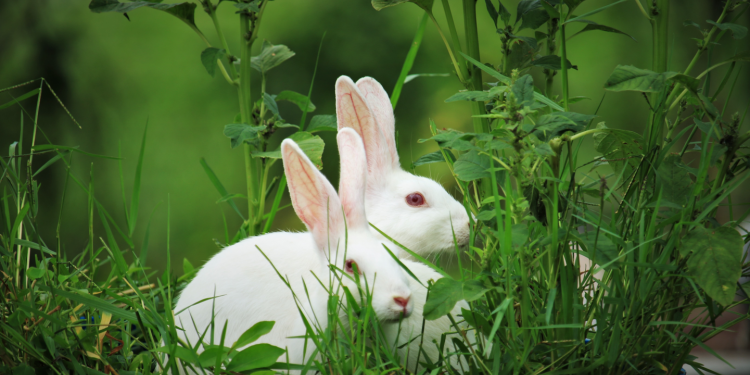 A win for animals! The European Parliament votes in favour of a comprehensive plan to phase-out experiments on animals

Press Release
The European Parliament called on the European Commission to put forward an action plan to facilitate the reduction and replacement of animals in science.

The EP stressed that the Action Plan should not be the responsibility of a few but instead be carried out by a high-level inter-service taskforce, involving all key Commission’s Directorates-General and EU Agencies, with the aim of working with Member States and relevant stakeholders to make change happen. The need for preferential funding and training for non-animal methods across all EU research and innovation initiatives has also been recognised.

Nearly 10 millions animals are used in invasive experiments in EU laboratories every year, including monkeys, dogs, cats, rabbits, mice and rats, a huge number of animals that has remained relatively unchanged in the last decade.

Whilst acknowledging European-level initiatives to reduce and refine the use of animals, the EP recognised that an active, coordinated approach for reduction and, ultimately, the full replacement of animals has not been achieved.

By requiring an EU-wide action plan with an ambitious timeline and list of milestones, the EP is aiming to actively drive the phase-out of animals used for all scientific purposes.

Eurogroup for Animals, Cruelty Free Europe, Humane Society International/Europe, the European Coalition to End Animal Experiments and PETA, representing over 100 organisations across Europe, have campaigned for the adoption of the Motion for Resolution, and are now calling on the Commission to make it a priority.

Opinion polls show that ending animal experiments is a priority for EU citizens: nearly three quarters (72%) agree that the European Commission should set binding targets and deadlines to phase out testing on animals. This is being echoed by the achievements of the recently launched European Citizens’ Initiative Save Cruelty Free Cosmetics – Commit to a Europe without Animal Testing, which has already collected more than 120,000 signatures in less than three weeks.

The Motion for Resolution was also supported by more than one hundred major actors from the scientific community, as well as by the European Consensus Platform on Alternatives, who believe an action plan can facilitate the transition to non-animal science through the definition of common priorities, allocation of funding and multidisciplinary and inter-service collaborations.

The vote is a historic moment for the animal protection movement. Finally, the European citizens' demand to phase-out animal experiments and transition to human-relevant science has been heard. New advanced methods based on human biology are not only about protecting animals - they are also fundamental to achieving the Union’s goals of environmental protection and human health. With the Parliament’s vote today we advance on all three fronts
The group of NGOs

The European Parliament understands that the time is right for this action plan, because of the work that scientists have been doing to better understand the limitations of animal studies and the potential of non-animal models. There are no excuses to perpetuate the current level of reliance on animal experiments. It is clear that an ambitious phase-out plan, with clear milestones and achievable objectives, is the next step needed to start reducing significantly the use of animals in science
Tilly Metz MEP (Greens/EFA, LU), Chairwoman of the Animals in Science Working Group of the Intergroup on the Welfare and Conservation of Animals

It is now in the hands of the European Commission to establish this EU-wide Action Plan, and we expect the Commission will make this a high-level priority – because if the Commission is serious about its commitments to EU citizens, it needs to start now the dialogue with all parties to effectively coordinate funding, education and milestones to accelerate the transition to non-animal science
Jytte Guteland MEP (S&D, SE)

This action plan to phase out animal experiments is a win-win situation for humans, other animals, and the environment. The European Commission and Member States urgently need to increase their efforts to reduce, replace and end the use and misuse of animals for scientific purposes. Animal experiments are still used in many different areas of the Commission’s responsibilities, therefore a coherent approach is essential to achieve  safety and sustainability, without animal testing. We need to use science. Not animals.
Anja Hazekamp MEP (The Left, NL), Chairwoman of the Intergroup on the Welfare and Conservation of Animals

Opinion poll on animal testing in the EU

Save Cruelty Free Cosmetics – Commit to a Europe without Animal Testing

The rapid emergence of advanced non-animal models such as organs-on-a-chip, pathway-based approaches and computer models offer immense opportunities to replace animals and improve research, but the number of animals used for scientific purposes continue to show a stand-still.

The shortcomings of animal models are well documented, while advanced non-animal models are game-changing technologies. They have the potential to significantly improve our understanding of human diseases by producing data based on human biology, leading to considerable benefits for public health in terms of preventing and curing diseases. These new models can also accelerate the pace of chemical assessments and reduce the failure rate during drug development. In addition, advanced non-animal methods represent a new, but already booming market for innovative products and services with an annual growth rate of 12% per year.

The Environmental Protection Agency of the USA already committed to reduce its requests for, and funding of, mammal studies by 30 percent by 2025, and eliminate all mammal study requests and funding by 2035. This was followed by a strategic roadmap to move towards animal-free safety testing.