It’s time to take action for animals in laboratories 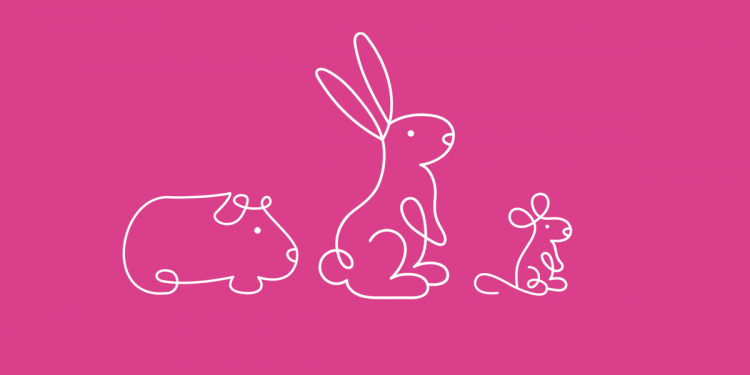 It’s time to take action for animals in laboratories

Long read
Across Europe, millions of animals are used in education and science each year in experiments that frequently inflict suffering, which can be severe, but seldom deliver on their main promise, which is better health for humans. They include mice, fish, rats, guinea pigs, rabbits, cats, dogs and monkeys. We need your help to end this suffering – for the animals and for better medicine, better product safety and better environmental protection.

We want to see humane, human-relevant, animal-free science properly funded and fully utilised. That’s why we need you to join us and sign the European Citizens’ Initiative (ECI) calling on the European Commission to:

Did you know that Europe’s longstanding ban on animal testing for cosmetics is under threat?

Tests on animals for cosmetics products and their ingredients have been banned in the EU since 2009, and a ban on the sale within the EU of animal-tested cosmetics products and ingredients was fully implemented in March 2013. These bans – contained within the Cosmetics Regulation – were designed to ensure that animals do not suffer for the purpose of developing or marketing cosmetics and their ingredients, and that science without animal testing is used to assure safety.

Despite the bans, the European Chemicals Agency (ECHA), supported by the European Commission and the ECHA Board of Appeal, continues to demand new tests on animals for chemicals used as cosmetics ingredients under the Registration, Evaluation, Authorisation and Restriction of Chemicals (REACH) Regulation. This policy – which they now apply even to chemicals used exclusively in cosmetics – erodes the bans and goes against the intention of legislators in creating them: that animals no longer suffer and die for the sake of cosmetics.

ECHA, the Commission and the ECHA Board of Appeal argue that the animal tests are needed to protect workers and our environment because the Cosmetics Regulation only covers consumer safety. This position places an artificial divide between consumers and workers, disregards a long history of safe use for many of these ingredients, violates the legal requirement to use non-animal methods instead of tests on animals wherever possible and forces cosmetics regulators to disregard the animal test results to avoid triggering the bans.

This is the moment to speak with one voice. We’re proud to be standing with other animal protection groups, Dove and The Body Shop to urgently mobilise 1 million consumers to sign a European Citizens’ Initiative.

Many companies have been cruelty free for decades thanks to modern, human-relevant, non-animal scientific methods. Help us protect and strengthen the cosmetics animal testing bans by signing the ECI Save Cruelty Free Cosmetics – Commit to a Europe without Animal Testing.

Did you know that the EU’s new Chemicals Strategy for Sustainability could mean millions more tests on animals?

With the new EU chemicals strategy, the EU and its member states are seeking to support innovation to design safer products; restrict toxic chemicals and to limit people’s exposure to chemicals that are harmful to our health. Sadly, the approach being taken now by the Commission and the European Chemicals Agency (ECHA) to new chemicals laws could mean millions more animals suffering. And whilst we support the aims of the strategy, more animal testing will not help to protect human health or the environment.

This ECI calls on the European Commission to transform chemicals regulation so that it ensures the protection of human health and the environment by managing chemicals without new animal testing requirements. This means that the European Union should be using modern approaches to ensure an efficient, human-relevant and cost-effective approach to assessing and managing the potential toxicity of chemicals. Better protection is achieved by applying new science to more effectively and efficiently understand and regulate the potential of chemicals to cause harm. The Chemicals Strategy should be an opportunity to future-proof regulations to enable rapid adaptation to technical progress and the immediate adoption of existing and new emerging animal-free technologies. There is also a need for urgent investment in next generation, animal-free approaches that will also improve our ability to characterise and regulate chemicals. Help us transform European chemicals regulation by signing the ECI Save Cruelty Free Cosmetics – Commit to a Europe without Animal Testing.

Did you know that EU legislation has the final goal of fully replacing the use of animals in education, research, and testing, but the number of experiments on animals has not changed by much over the past decade?

Eleven years on from the adoption of Directive 2010/63/EU on animal experimentation, which raised hopes that scientific research in the European Union would transition towards non-animal methods, official statistics demonstrate that progress towards this goal is extremely slow. The number of experiments on animals has remained relatively stagnant- from 11.4 million in 2015, to 11.2 million in 2016, 10.9 million in 2017 and now 10.6 million in 2018 (the inclusion of Norway in these figures for the first time elevates that number to 12.3 million).

The rapid emergence of advanced non-animal models such as organs-on-a-chip, pathway-based approaches and computer models today offers the potential for increasing momentum and optimism towards the replacement of animals in research and testing. The EU’s own Joint Research Centre has produced key reports and undertaken activities to promote the use of non-animal models and methods in a range of research areas, but much more needs to be done by everyone involved. The EU still does not have a comprehensive strategy to coordinate and drive the phase out and replacement of animal experiments, encompassing the objectives of existing EU legislation and funding instruments. We believe that an Action Plan is urgently needed to turn the stated ambition of replacing animals in scientific procedures into reality. As animal protection groups, we provide a voice for animals and want to see animal suffering end as soon as possible.

In all sorts of other important policy areas that citizens care about – climate emissions, for example – the EU has set bold and ambitious targets to drive change. That’s what animals need too. We need to build on the EU’s stated ultimate goal of the replacement of animal experiments and make sure that we can unite all stakeholders behind more and urgent action – putting a strategic, ambitious action plan in place with milestones will be a huge step forward. Help us modernise science in the EU to phase out animal experiments by signing the ECI Save Cruelty Free Cosmetics – Commit to a Europe without Animal Testing.

Major success in the USA: new drugs no longer have to be tested on animals for approval
Call for information on the targeted revision of Annexes III and IV of Directive 2010/63/EU
End animal testing European Citizens’ Initiative validated with over 1.2 million signatures