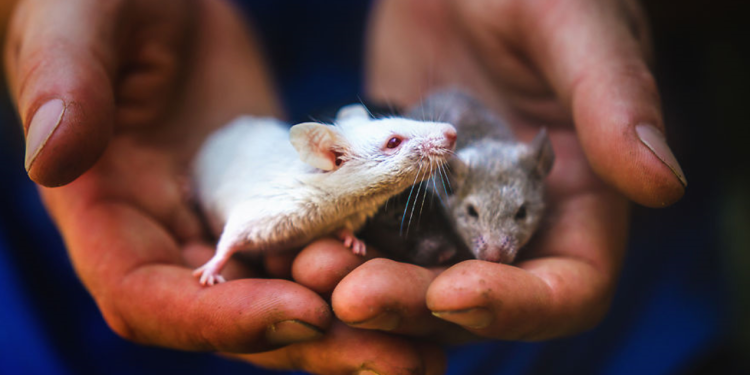 Today in the European Parliament, answering to a call from cross party MEPs to clarify how the Commission is planning to deliver on its commitment to proactively reduce and replace the use of animals in EU laboratories, Commissioner Adina Ioana Vălean described the Commission’s actions. MEPs from all political groups unanimously agreed that progress in replacing the use of animals has been slow and more needs to be done.

Members of the European Parliament are calling for a coordinated action plan to move Europe towards more humane and human-relevant science without the use of animals in research, regulatory testing and  education.

Cross party Members of the European Parliament have joined forces to request that the Commission sets up a high-level taskforce to work with Member States and relevant stakeholders in putting together an EU-wide plan to phase-out the use of animals in Europe’s laboratories.

An oral question to the Commission on this issue has been debated today and the Parliament will formally adopt its position in September. This has been a major objective of the Animals in Science working group of the Intergroup on the Welfare and Conservation of Animals.

Opinion polls show that ending animal experiments is a priority for EU citizens. Nearly three quarters (72%) of European citizens agree that the EU should set binding targets and deadlines to phase out testing on animals.

The Members of the European Parliament’s comments:

Jytte Guteland, S&D “Today’s scientific landscape is not the same as 50 years ago. Today we have the knowledge and technology to plan for human-centred science, where animals are no longer the gold standard. But to get there, the Commission needs to set out a series of steps to reach concrete objectives that replace step by step the use of animals in specific areas.”

Tilly Metz, Greens “EU citizens have voiced their demand for non-animal science too many times, but EU investments are too slim and scattered to have an impact. The Commission needs to establish a high-level inter-service taskforce to work with member states and relevant stakeholders to draw up an EU-wide Action Plan that can drive an efficient phase-out of the use of animals for scientific purposes.”

Katalin Cseh, Renew "Animal tests are slow, inefficient and cause immense suffering. This has no place in 21st century science. The European Union has traditionally done better than the rest of the world, but even here, progress is too slow. We need a credible plan ‒ a plan with measures, targets and a binding, ambitious timeline.  We need to promote and fund cruelty-free alternatives. This is what we are asking from the European Commission."

Michal Wiezik, EPP “What we are asking from the Commission is to do more of what it already does, but in a coordinated manner and with concrete goals that can replace animals in specific scientific areas. Targeted funding, education and broad collaborations are key to making innovative advanced models and technologies the new normal.”

Anja Hazekamp, GUE/NGL “Scientific change, like any change we seek, needs a political strategy. The EU has strategies for climate change, gender equality, and even for research and innovation. But it does not yet address the scientific and ethical problems that have been dragged by animal experimentation for decades. An EU action plan to accelerate the transition to non-animal science can change that.”

Five animal protection groups - Cruelty Free Europe, Eurogroup for Animals, the European Coalition to End Animal Experiments, Humane Society International/Europe and PETA - representing over 100 member organisations from 27 EU member states, are supporting this initiative and the vote on a resolution in September which they hope will lead the way to a roadmap for non-animal science.

Today’s debate has shown that despite the positive investments from the Commission on non-animal models, they are not usually linked to concrete objectives that can significantly reduce the use of animals and change the current scientific landscape.

A European Parliament resolution on a coordinated Union-level plan to facilitate the transition to animal-free innovation can lay out the strategic elements necessary to place the EU in the forefront of innovation, health and environmental and animal protection.

The rapid emergence of advanced non-animal models such as organs-on-a-chip, pathway-based approaches and computer models offer immense opportunities to replace animals and improve research, but the number of animals used for scientific purposes continue to show a stand-still. Currently the EU does not have a comprehensive action plan to phase out and replace animal experiments.

By requiring an EU Action Plan to accelerate the transition to innovation without the use of animals in research, regulatory testing and education - like those adopted for many other policy areas - the European Parliament has the opportunity to ensure that the EU will be equipped with clear means and targets  to ensure that the  objectives of existing legislation will be attained.

The shortcomings of animal models are well documented, while advanced non-animal models are game-changing technologies. They have the potential to significantly improve our understanding of human diseases by producing data based on human biology, leading to considerable benefits for public health in terms of preventing and curing diseases. These new models can also accelerate the pace of chemical assessments and reduce the failure rate during drug development. In addition, advanced non-animal methods represent a new, but already booming market for innovative products and services with an annual growth rate of 12% per year.

Eurogroup for Animals represents 77 animal protection organisations in 27 EU Member States, Switzerland, Serbia, Norway, Australia and the USA. Since its inception in 1980, the organisation has succeeded in encouraging the EU to adopt higher legal standards for animal protection. Eurogroup for Animals reflects public opinion through its membership organisations’ affiliations across the Union and has both the scientific and technical expertise to provide authoritative advice on issues relating to animal welfare.