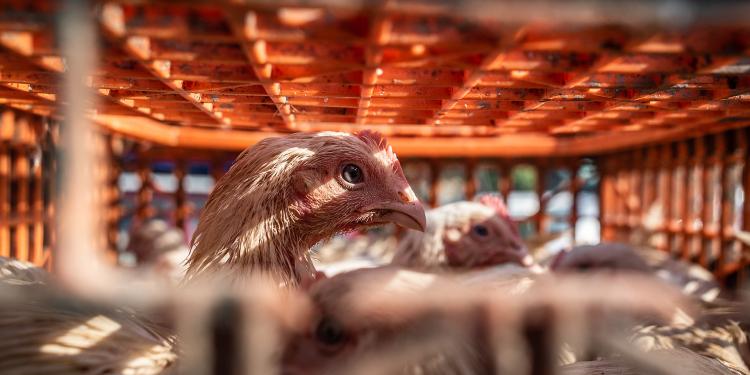 A study requested by the International Trade (INTA) committee of the European Parliament analyses the trade aspects of the EU-Mercosur agreement and recognises that the animal welfare provisions foreseen in the agreement are weak. However, the study wrongly states that imports of animal products must comply with EU animal welfare standards.

Eurogroup for Animals welcomes the study published in November 2021 as far as it recognises that animal welfare “is closely linked to sustainable development” and that the current deal “gives rise to questions as to whether [it] fully responds to the EU's strong stand on the issue of animal welfare as such and its potential trade implications”. As long stated by Eurogroup for Animals, the EU-Mercosur agreement is a bad deal for animals, nature and people.

However, the study misunderstands the requirements that imports of animal products need to comply with, and hence wrongly concludes that the conditional liberalisation for egg products included in the deal is “closing a gap” for imports of animal products. Indeed, the study argues that in the EU, “animal welfare standards are quite ambitious”, and that given the ongoing revision of the animal welfare legislation and the European Citizen Initiative “End The Cage Age”, these standards “are likely to be defined even more strictly in the future”. As a consequence, the study suggests trade implications “since exporters are often required to conform with EU legislation by way of a certificate on equivalence to be presented on importation (calves, pigs, slaughtering, transports)”. Furthermore, the study, while analysing the liberalisation of agri-food trade, wrongly states that “in general, all products need to fulfil animal welfare standards”.

This misunderstanding possibly led the study to assume a “notable exception” for egg products that would not need to comply with animal welfare standards. This “notable exception” would be “addressed by the preferential scheme on eggs, as the EU attached a condition to its liberalisation offer in view of compliance with relevant EU standards”.  However, the conditional liberalisation on shell eggs, far from “closing a gap”, is merely a step in the right direction with the first animal welfare-based condition in a trade agreement.