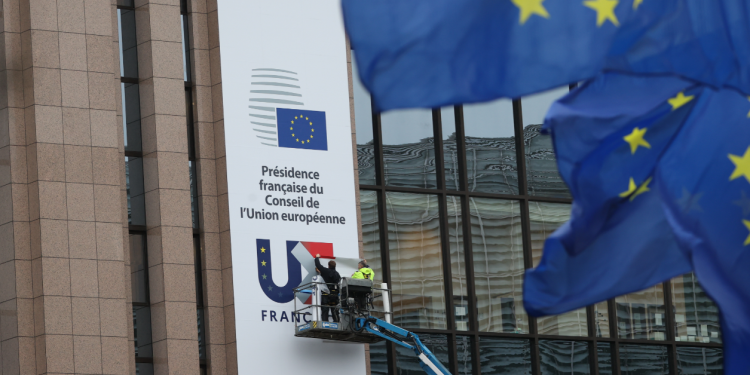 Franck Riester & Julien Denormandie, French ministers for Trade and Agriculture, called on the EU to apply more EU standards to imports as they presented the priorities of the French presidency of the Council to the European Parliament. Eurogroup for Animals recalls that in order to be successful, the initiative, known as “mirror clauses”, must go beyond environmental, animal and public health standards, to encompass animal welfare.

On 24 January, Trade minister Franck Riester called for more EU environmental and sanitary standards to apply to imports, implying the measures could be adopted erga omnes, and thus apply to all imports and not only to those with preferential market access in application of a trade agreement. According to him, the European Commission recognises the legitimacy of these “mirror clauses”, as several EU rules already apply to imports, such as the rules on welfare at the time of slaughter or the ban on import of beef derived from animals who received antibiotics as growth promoters. The following day, agriculture Minister Julien Denormandie qualified reciprocity in standards as a top priority, calling for the withdrawal from the EU market of “imports from third countries which do not respect EU standards”.

Eurogroup for Animals welcomes the approach behind the French proposals of “mirror measures”. Nevertheless, we call for this approach to go beyond environmental and public health measures and to encompass animal welfare. Indeed, it should not only be about accelerating the implementation of the already adopted regulation on veterinary medicines, or strengthening the maximum residue levels for pesticides. This is a matter of consistency between EU trade and agricultural policies at times where the EU is revising its animal welfare legislation. The EU should take the opportunity of this revision to include imports within the scope of the new legislation, as suggested already by  the Commission’s communication on the European Citizens’ Initiative (ECI) “End the Cage Age”.

By conditioning imports of animal products to EU-equivalent animal welfare standards, the EU would not only improve the welfare of trillions of animals, but also foster more sustainable methods of production abroad. Indeed, access to the EU market could be a positive and powerful leverage to incentivise farmers and producers to switch to more sustainable and humane methods of production. Such a measure is supported by 93% of EU citizens who want a legislative change to impose all EU animal welfare standards on imported food products. This ethical concern raised by EU citizens can guarantee that the measure would be WTO-compliant.
EU Council
Animal welfare
EU Trade Policy
End The Cage Age
Deel op FacebookDeel op TwitterDeel op PinterestDeel op Linked InDeel op Whatsapp