Up to 700 million farm animals, including hens, quails, rabbits, sows and ducks, are confined in cages on EU farms each year.
#Act4
FarmAnimals

Up to 700 million farm animals, including hens, quails, rabbits, sows and ducks, are confined in cages on EU farms each year.

Many of them are kept this way for all or most of their lives. Caged animals are severely restricted in their movements and prevented from performing their natural behaviours, with detrimental effects on their health and welfare.

An investigation by Animal Equality in 2019 in Italy showed hundreds of the country’s 500,000 sows forced to live in metal cages for half their lives. The cages completely enclose their bodies, preventing them from walking or turning around, and making it impossible to  properly care for their piglets. In such a tight space all they can do is stand or lie down, and they are surrounded by insects, rats and the bodies of dead piglets.

The same year, L214 revealed the horrible conditions rabbits bred for their meat endure in a farm located in France. Their footage showed the rabbits injured, piled on top of each other and living in spaces only slightly bigger than an A5 piece of paper:tiny cages with a wire grid floor, which often leads to injuries. They are given high doses of antibiotics, vaccines and anti-parasitic drugs, and some die before reaching the slaughter age of two and a half years. EFSA confirmed that conventional cage systems are worse for adult rabbits compared to other systems, due to the inability to express gnawing behaviour as well as positive social interactions, but also due to restriction of movement, and resting problems.

Another investigation by L214, showed a hundred thousand quails piled up in cages at a density of more than 80 per square metre in a filthy building. One hundred percent of France’s laying quail are kept this way, as no alternatives exist.

Fur farming also condemns animals to short lives in tiny cages. An Animal Defenders International video from 2017 showed arctic foxes being raised from cubs for fur. Throughout the video, the cubs are kept in a small wire cage until the day of their death. 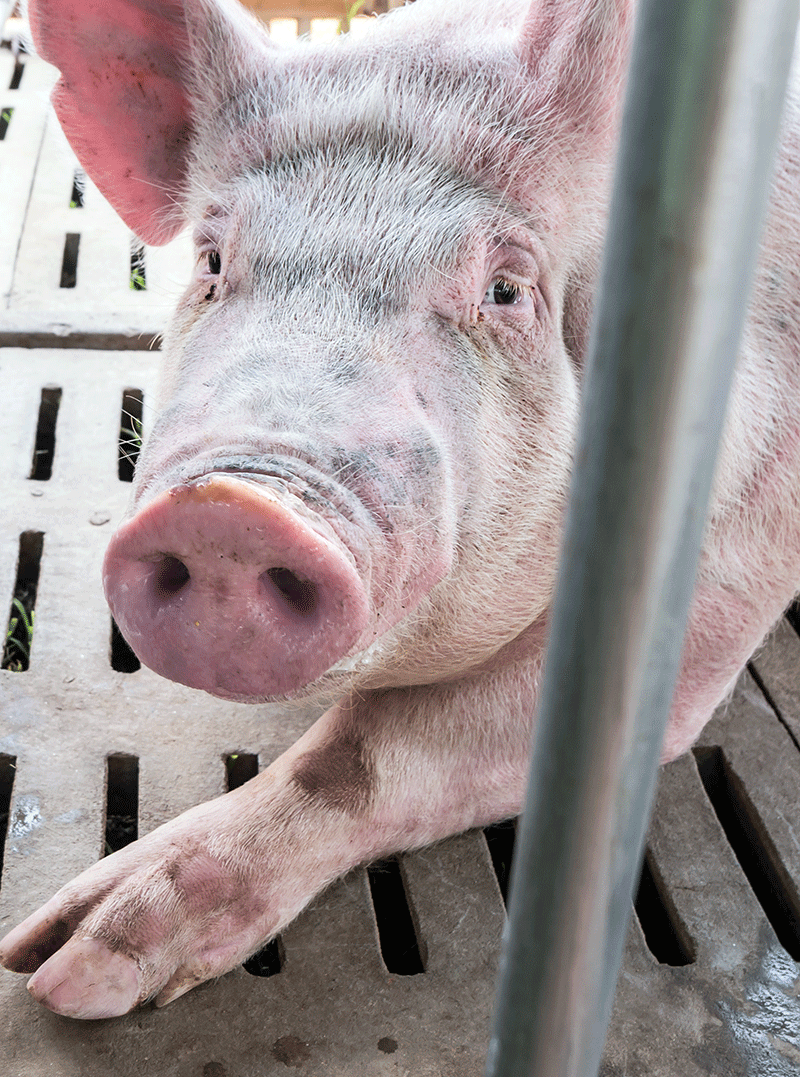 European citizens overwhelmingly support an end to caged animal farming. A total of 1,617,405 certified signatures were collected during the EndTheCageAge European Citizens’ Initiative (ECI) to make cages history for farmed animals. An ECI must collect at least one million signatures from EU citizens across one quarter of the Member States before being eligible to formally request the European Commission to enact legislation. Launched in September 2018 by Compassion in World Farming in partnership with Eurogroup for Animals and over 160 other animal protection and environmental organisations, EndTheCageAge was one of the most successful ECIs ever.

Having received the signatures on the 2nd of October 2019, the EU Commission is now obliged to suggest an outcome in the first half of 2021. EC representatives must meet the organisers, adopt a formal response spelling out what action it will propose in response to the citizens’ initiative, if any, and the reasons for doing so – or not doing so.

Directive 98/58/EC on the protection of animals kept for farming purposes stipulates that “the freedom of movement of an animal […] must not be restricted to cause unnecessary suffering”. It also states that “where an animal is continuously or regularly confined, it must be given the space appropriate to its physiological and ethological needs in accordance with established experience and scientific knowledge”.

Yet confinement systems continue to be routinely used in many Member States. Veal crates were banned in 2007, but calves are confined individually in pens for the first eight weeks of their lives. While the EU ban on the use of barren battery cages came into force in 2012, over half of commercial egg-laying hens are still kept in so-called ‘enriched’ cages. While they do provide a nest, perches and some form of scratching material, these cages still severely limit hens’ ability to carry out natural behaviours.

Breeding flocks and chicks are also caged, often in barren cages, as they are not covered by specific legislation. A partial ban on sow stalls came into force in 2013, and from 2021, cages will be prohibited in all organic farming throughout the EU.

Some Member States have already introduced national legislation banning or gradually phasing out certain forms of caged farming. All cages for sows (gestation stalls and farrowing crates) are banned in Sweden, and sow stalls are illegal in the UK. ‘Enriched’ cages for laying hens are already banned in Luxembourg and Austria, and Germany will follow in 2025. Retailers across Europe are also moving to cage-free eggs. Cages for meat rabbits were banned in Austria in 2012, in the Netherlands in 2016 and the same will happen in Belgium by 2025 and in Germany by 2024. More recently in 2020, the Minister of Agriculture and Rural Development, the President of the Confederation of Commerce and the Director of the Union of Poultry Professionals of the Slovak Republic signed a memorandum stating that by 2030 all Slovak egg producers will shift from caged production systems to alternative ones (i.e. barn, aviary, free range).

Eurogroup for Animals wants to see the phasing out of all cage systems for farmed animals. Harmonised EU legislation is urgently needed to end the use of outdated farming systems based on the close confinement of animals. To this end, Directive 2008/120/EC (the Pig Directive) should introduce provisions to phase out farrowing and gestation crates, and Directive 1999/74/EC (the Laying Hens Directive) should enact a ban or phase-out of ‘enriched’ cages in favour of alternative systems.

We also urge each Member State to introduce national legislation to move towards more humane farming methods and outlaw cages.

CAP funding can and should be used to support a progressive shift to cage-free production. To this end, we will support our member organisations in their lobbying efforts towards national governments to include relevant animal welfare objectives in their multi-annual farming subsidy plans.

We will also be active in the dissemination of best practices on rearing animals in cage-free systems, maximising their welfare and making such systems fit for purpose and fit for the future. 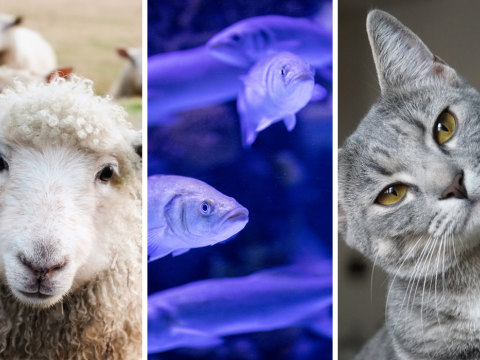 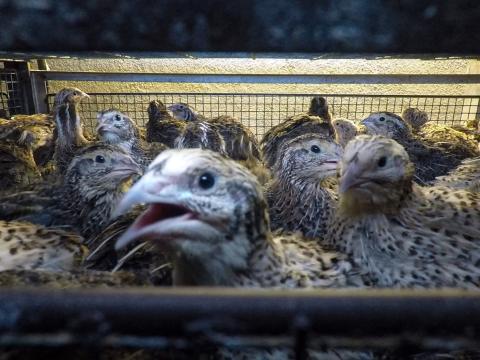 #Act4
FarmAnimals
In coordination with the End The Cage Age initiative, the investigative team at Essere Animali has exposed the awful conditions quails are experiencing on two quail farms in Italy. 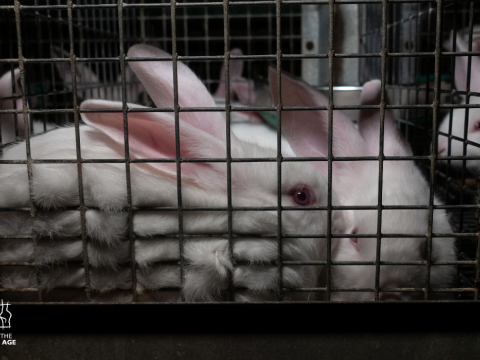 #Act4
FarmAnimals
The Italian coalition in support of End the Cage Age - the European Citizens' Initiative (ECI) calling for an end to the caging of animals reared for food - released a new investigation today carried out in seven Italian rabbit farms. The coalition calls on the Italian government to urgently introduce a national ban on cage farming and support the EU Commission's commitment. 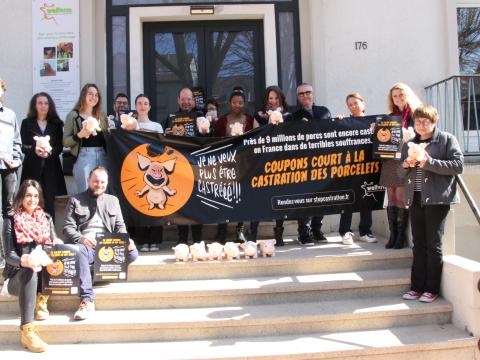 Every month, we interview one of our member organisations about their work, main battles and achievements for animals. This month we have the pleasure to interview Adrienne Bonnet, Head of Campaign, Advocacy & Legal department at Welfarm.

WELFARM
Other Areas of Concern of this Policy Area