Live export crisis at sea: new accountability report investigates roles and responsibilities, Spanish authorities found to be at the source of the crisis at sea 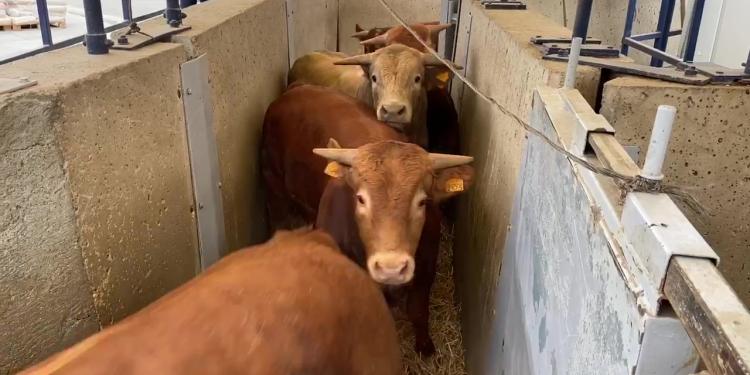 Live export crisis at sea: new accountability report investigates roles and responsibilities, Spanish authorities found to be at the source of the crisis at sea

Eurogroup for Animals and its member Animal Welfare Foundation presented a legal analysis on the live animal export crisis at sea to the Chair of the ANIT Committee and to the EU Commissioner for Agriculture. Spanish, Turkish and Libyan authorities, along with exporters and carriers, are responsible for several breaches.

The story of the two vessels which left Spain back in December 2020, Karim Allah and Elbeik, made headlines around the world but no timely action was taken to save the animals onboard. Both livestock cargos were rejected in Libya and Turkey due to bluetongue disease suspects and spent three months navigating around the Med in search of a port, and a buyer, which would accept them.

They were then ordered to come back to Spain where all the 2,600 bovines were killed for health and welfare reasons, in line with the Spanish Inspectors’ recommendations. The method used to process the animals was not disclosed.

Eurogroup for Animals (EfA) and its member Animal Welfare Foundation (AWF) followed closely the case and, right after the saga ended, commissioned the law firm Joaquín Ortega Abogados, S.L. an in depth analysis to identify the roles and responsibilities of the actors involved in the transport operations.

The lawyers Accountability Report: the Karim Allah and Elbeik’s crises. Animal welfare during sea transport, accompanied by EfA’s summary were presented today to MEP Tilly Metz, Chair of the Committee of Inquiry on the Protection of Animals during Transport (ANIT), and to Janusz Wojciechowski, EU Commissioner for Agriculture.

During the meetings, representatives from AWF, EfA and the law firm presented the evidence collected in the legal analysis, which indicates that the welfare of the animals on board of these livestock vessels was seriously compromised.

The report identifies several breaches. Among others, the following:

We hope that this analysis will give the EC and the ANIT Committee the evidence needed to hold all parties involved accountable. However, it should also help put a final end to live animal transport because this horrible saga was only the umpteenth example of what regularly happens to animals. The EU recognised in its 1997 treaty that animals are sentient beings, hence they should not be transported in a way that would cause them suffering. The solution is there: a meat and carcasses only trade.

The Accountability Report was also shared with the veterinarian attaches, the European Commissioner for Health and Food Safety Stella Kyriakides, and the MEPs members of the ANIT Committee.

We call on the EU Commission and the European Parliament’s ANIT Committee which is currently investigating this type of animal transport, to investigate and hold the parties involved accountable for violating existing animal transport regulations. AWF demands a definitive ban on the export of live animals to third countries both by land and by sea.

Summary of the Accountability Report

A strategy to reduce and replace live animal transport