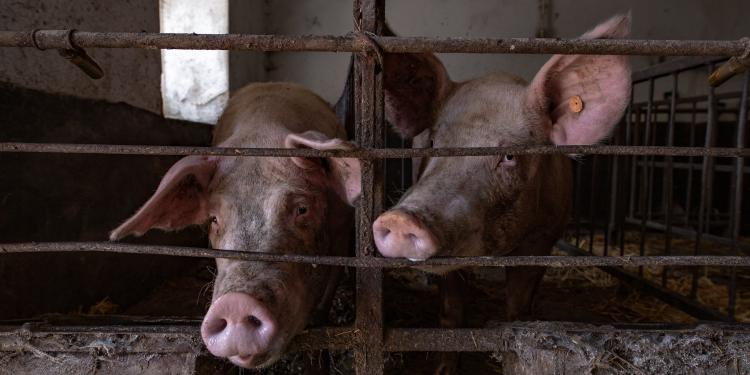 The European Parliamentary Research Services recently published a comprehensive briefing on the EU pig meat sector that is meant to inform MEPs and their assistants. Animal welfare and environmental degradation feature prominently among the issues to be urgently addressed.

Pig meat production accounts for half of the total meat production of the European Union, which is also the main global exporter of pig meat products. Exports and pig meat prices increased substantially in 2019-20 due to the epidemic of African Swine Fever in Asia, which has decimated the local pig population.

But it's not all about the economy, and it's definitely not all roses. In a new report, the European Parliamentary Research Service importantly stresses that "the vast majority of pigs in the EU are bred, kept and slaughtered for meat within an intensive system that gives rise to numerous issues linked in particular to animal welfare and pollution." And we are talking about 150 million animals.

The report goes into detail on the generalised lack of compliance with the Pigs Directive explaining that "Despite EU regulations prohibiting routine mutilation, most piglets in the main pig producing Member States are routinely subjected to harmful practices."  We were pleased to see that the important activities of the Intergroup for the Welfare and Conservation of Animals and our campaign End Pig Pain, which collected more than 1 million signatures asking for better lives for pigs, are mentioned in the report.

Another major issue is the environmental impact of pig farming, which is responsible, according to the research services of the European Parliament, for significant water and air pollution, as well as "odour and noise, the spreading of heavy metals, pesticides, toxic substances and pathogens (including antibiotic resistant pathogens), water pollution by residues of pharmaceuticals, excessive use of groundwater".