EU Green Week’s agenda: the need for more protection for endangered species and an EU positive list for exotic pets 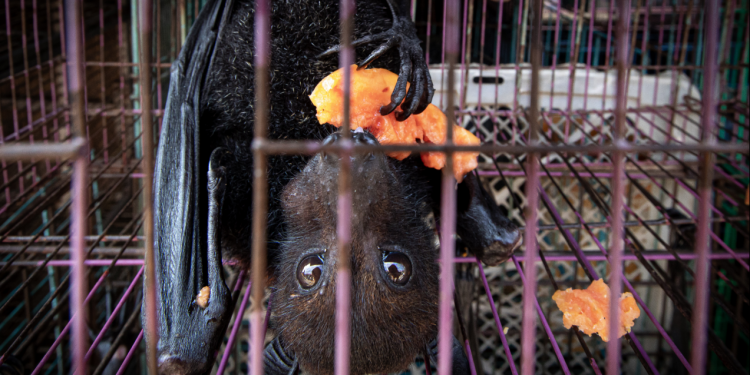 EU Green Week’s agenda: the need for more protection for endangered species and an EU positive list for exotic pets

Press Release
Two main highlights of this year EU Green Week, occurred from 19 to 22 October, were the State of Nature report launch, which showed worrying trends in EU protected species and habitats, and the presentation of the Positive List system to regulate the exotic pet trade.

The EU Green Week is the biggest annual event on the European environment policy calendar. This year the theme was nature and biodiversity and, due to the COVID-19 crisis, the Green Week took place completely online.

During the first day, the European Commission (EC) presented the State of Nature report published by the European Environment Agency. The report confirms that Europe is far from reaching the targets of its 2020 Biodiversity Strategy: over 60% of EU species have a 'poor' or 'bad' status and 1/3 are declining. The situation is even worse for EU protected habitats, with 81% of them in a 'poor' or 'bad' status.

Despite this dramatic situation, during the last few years farmers and hunters associations have been constantly calling for decreasing the level of protection of endangered species like large carnivores, and particularly of the wolf. Hopefully, the depressing data presented this week will support the EC in its commitment to keep the present level of protection for these species. This is also what EU citizens expect, as clearly showed by an opinion poll commissioned by Eurogroup for Animals.

On Day 2, our Wildlife Programme Leader Ilaria Di Silvestre intervened during the session Zoonotic diseases, invasive alien species and wildlife trade – is the current EU legislative framework fit for purpose? where she presented the Positive List system to regulate the exotic pet trade in the EU and explained the risks caused by the presently unregulated exotic pet trade to animal welfare, human and animal health, and biodiversity.

The risks associated with the global wildlife trade, including animals destined for the booming European exotic pet market, have now become painfully clear with the worldwide outbreak of COVID-19. The exotic pet trade has also been identified as one of the main pathways of introduction of invasive alien species and it’s detrimental to animal welfare. This is a complex issue which requires a comprehensive and cross-sectoral approach. An EU Positive List of allowed pet species, adopted as part of the implementation of the new EU Biodiversity Strategy, would be the solution.

AAP Animal Advocacy and Protection and Eurogroup for Animals have joined forces since 2013 to promote the Positive List system to regulate the trade and keeping of exotic pets. Today, 5 EU Member States (Belgium, Luxembourg, Netherlands, Malta and Croatia) have already adopted this system.