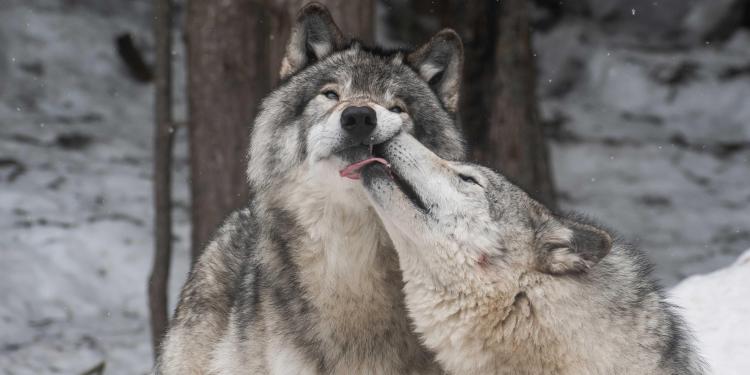 European citizens support protection for wolves, and the majority oppose the killing of wolves in any circumstances. This is the main outcome of an opinion poll among adults across six EU countries commissioned by Eurogroup for Animals. It’s time for politicians to listen to the voice of their electors and ensure that the species continues to be strictly protected.

The EU Biodiversity Strategy to 2030, drafted as part of the EU Green Deal, also requests Member States to ensure that at least 30% of species and habitats not currently in favourable status are in that category or show a strong positive trend. Given the high public support for the conservation of wolves, Eurogroup for Animals encourages countries where the species is increasingly persecuted, like Finland, France and Germany, to listen to the opinion of their citizens and prioritise efforts to protect the species and prevent conflict with large carnivores like wolves and bears, as well increasing awareness on how to coexist with them peacefully and without risk.

Finally, we hope that the upcoming publication of the updated European Commission’s Guidance document on the strict protection of animal species of Community interest will provide more clarity to those Member States that are inappropriately using derogations to the EU Habitats Directive to lethally manage populations of wolves and other protected species.