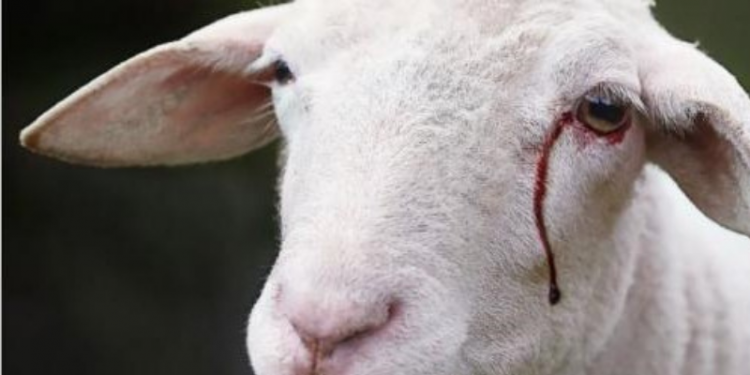 An increasing number of Spanish slaughterhouses, currently 28%, are licensed to slaughter animals according to religious rites and without stunning. Many consumers are buying meat from animals slaughtered according to these rites without knowing it.

In 2020, the Court of Justice of the European Union certified that Member States are entitled to ban the slaughter of animals without stunning and thus not to allow any exceptions. As part of a big campaign, Eurogroup for Animals’ member Animal Equality Spain has already collected more than 14,000 signatures calling on the government to put an end to these exceptions.

In the European Union, the Slaughter Regulation requires animals to be stunned (i.e made unconscious) before bleeding to prevent unnecessary suffering. However, the law includes religious exceptions (halal rite and kosher rite) that allow for the slaughtering of animals while fully conscious.

Currently, in Spain, animals are slaughtered without stunning in 198 (28%) of the 700 existing slaughterhouses: 51 in Catalonia, 35 in Castilla y León, 24 in Andalusia, 16 in Castilla La Mancha, 15 in Valencia, 11 in Aragon, 11 in Galicia, 7 in Madrid, 7 in Murcia, 5 in La Rioja, 4 in the Basque Country, 4 in the Canary Islands, 3 in Extremadura, 3 in Navarre, 1 in Melilla and 1 in Asturias (1). The number of slaughterhouses licensed to slaughter without stunning has been growing steadily in recent years.

Eurogroup for Animals’ member Animal Equality Spain has documented the terrible suffering that animals slaughtered in the context of religious rites without stunning. As part of their campaign MATADEROS, Animal Equality has released these harsh images.

In December 2020, the Court of Justice of the European Union ruled that Member States are entitled to ban slaughter of animals without stunning, regardless of the slaughter context. The Court rules that reversible stunning methods allow for the protection of religious freedom and improve animal welfare.

A number of countries, including Slovenia, Finland, Denmark, Sweden and two regions of Belgium (Flanders and Wallonia), have already adopted rules without exceptions to the mandatory stunning of animals before slaughter. The latest country to join this list is Greece whose Council of State has declared the decree allowing slaughter without stunning unconstitutional, null and void.

The lack of stunning causes unnecessary and extreme suffering to animals. Reversible stunning makes freedom of belief compatible with improving the welfare of animals in their last minutes of life. It is time for Spain to move forwards and join other Member States that have already banned this cruel practice. We call on the Spanish Government to prohibit slaughter without stunning.
Javier Moreno, Co-founder of Igualdad Animal

For more than fifteen years, Animal Equality has documented and denounced the abuses suffered by animals in slaughterhouses. To reduce the extreme suffering that animals endure during their last moments of life in these facilities, the organisation is calling on the government to implement various measures, including:

In the last month, more than 14,000 people have signed up to demand that the government implement these measures.