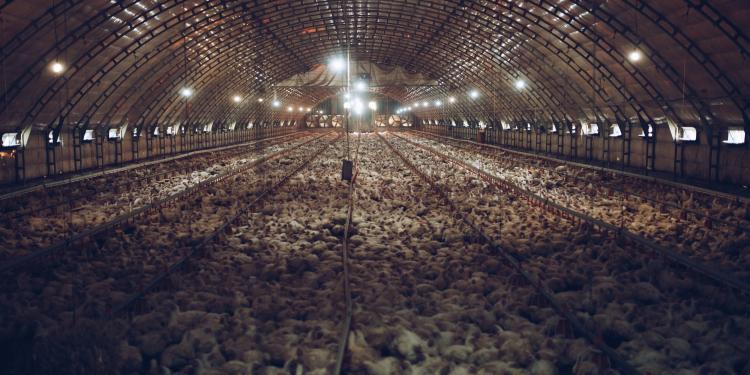 The mandate approved by EU Member States for the coming negotiations with the UK leaves space for animal welfare to be considered as part of the requirements around a level playing field.

It also calls for the UK not to drop its ban on chlorinated chicken and hormone-fed beef.

After an intense 10 days of lobbying both at the level of the European Parliament, which called for animal welfare to be included in the provisions on a level playing field and toward Member States, Eurogroup for Animals and its members have managed to push the lines in favour of animals.

Firstly, the "Level Playing Field" section stated: "the envisaged agreement should uphold the common high standards in the areas of State aid, competition, state-owned enterprises, social and employment standards, environmental standards, climate change, and relevant tax matters”.  The final mandate, however,  adds to this closed list "and other regulatory measures and practices in these areas".

While this is not an explicit mention of animal welfare, we see here a clear opening for animal welfare to be considered as part of the level playing field that needs to be ensured if the EU grants the UK full access to its market. In that context, it is good to note that the final mandate still includes a provision stating that "the governing body [within the Trade Agreement] should be empowered to modify the level playing field commitments in order to include additional areas or to lay down higher standards over time".  Both of these provisions will allow us to push further to ensure animal welfare is protected in the future EU-UK relations.

Secondly, the EU has rules based on the “precautionary principle” which benefit animal welfare, such as the regulation on chemical rinsing of poultry meat (banning the use of chlorine or any other unapproved chemical) and the ban on the import of hormone-fed beef. With the UK strongly voicing their willingness to negotiate a trade agreement with the US, and knowing that getting rid of these rules is a priority for the US, it is reassuring to see that the EU has made of the respect of the “precautionary principle”, and of these regulations in particular, a key condition to get full access to the EU market. While there were one or two mentions of the need to uphold the precautionary principle in the draft mandate, the final one is more explicit: the section on "Environment" in the "Level Playing Field" section has become a section on "Environment and Health" and it sees a very crucial addition to the list of standards for which there should be no lowering compared to standards at the time of transition: "health and product sanitary quality in the agricultural and food sector". This is a clear signal the UK should not remove bans on chemically rinsed chicken and hormone-fed beef.

Eurogroup for Animals welcomes these developments and will continue working to ensure the EU-UK negotiations deliver the best outcome for animals.