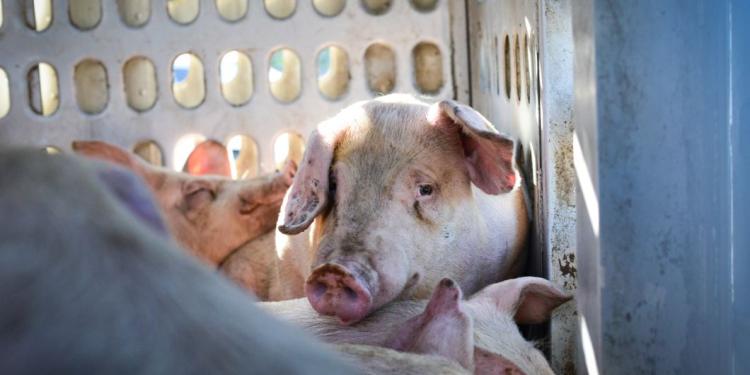 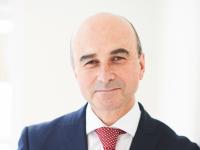 One thing that unites Europeans is their strong support for animal welfare. A Commission-organised ‘Eurobarometer’ survey found that 9 out of 10 Europeans believe imported products should respect EU animal welfare standards. Whilst about three-quarters or more want tougher animal welfare rules.
This guest blog summarises Philip Lymbery's speech during the European Parliamentary event "Enforcement of EU Animal Welfare Legislation", held on 7 September 2022. The event can be watched in full on YouTube.

The European Union (EU) led the world in 1997 when it gave legal recognition to animals as sentient beings, capable of feeling pain, suffering or pleasure. Article 13 of the Treaty on the Functioning of the EU stipulates that, as sentient beings, full regard should be paid to animals’ welfare requirements.

To that end, the EU has one of the most comprehensive sets of rules in the world on animal welfare.

However, these mean little without proper enforcement.

A prime example of this is in live animal transportation. Animals suffer greatly during long journeys. Packed into overcrowded trucks, they become increasingly exhausted, dehydrated and stressed as the long journeys wear on. Some get injured and collapse onto the floor of the truck, where they risk being trampled by their companions. In the worst cases, many die – drowning when ships capsize or succumbing to heat stroke when trucks get stuck for hours or even days at border crossings.

The export of live animals to non-EU countries must be prohibited as these long journeys entail immense suffering for the animals involved and, in many cases, they endure painful, terrifying treatment at slaughter in the destination countries where the OIE international standards on welfare at slaughter are routinely ignored.

However, the reality today is that Every year more than three million live animals are exported from the EU to third countries for fattening and slaughter. The transport conditions on the trucks and ships are often unbearable, causing the animals immense suffering on journeys that can last days, weeks or even months. It is commonplace for some to perish in transit.

In the worst disasters thousands die.

In 2019, more than 14,000 sheep destined for export drowned when the cargo ship carrying them capsized in Romania's Black Sea port of Midia.

And last year more than 2,600 calves being exported from Spain were killed after being kept adrift at sea for three months as no country wanted to accept them due to a suspected outbreak of disease.

Over the years countless petitions and protests by citizens and NGOs have called on the EU to end the live exports horror show. They are backed up by numerous scientific recommendations advising against continuing this cruel practice.

Yet, the practice still goes on. And when we add in domestic journeys within the EU, the scale of the problem magnifies to over 1.6 billion live animals a year being transported across the EU and beyond its borders.

Long distance transport of live animals really should be a thing of the past, instead replaced with a carcass trade in refrigerated lorries.

However, so long as this archaic trade continues, it should be rigorously enforced. Council Regulation 1/2005 on the protection of animals during transport sets out a comprehensive set of rules designed to give basic protection to animals caught up in this trade.

Sadly, a 2021 assessment by Compassion in World Farming found that over thirty years enforcement of EU law on the protection of animals has been poor.

The main breaches of EU law that are regularly observed include:

These breaches – often by the same transport companies - have been occurring for many years. While some Member States have improved enforcement, many continue to make little serious attempt to enforce Regulation 1/2005.

Regulation 1/2005 provides strong enforcement mechanisms which are expressly designed to prevent recurrence of breaches, but these are poorly used by the Member States (MS).

The European Commission’s own reports show that enforcement of relevant legislation is woefully poor.

Two overview reports published by the Commission in 2020, one on live exports to non-EU countries by road, one on live exports by sea, reveal serious and regular breaches of Regulation 1/2005. The road report states that most transporters do not meet EU rules on the protection of animals during transport after leaving the EU.

An area that until recently has largely escaped attention are the serious problems that arise when animals being exported to the Middle East and North Africa are transferred from road vehicles to livestock vessels in EU ports and the poor conditions on many livestock vessels.

Regulation 1/2005 requires competent authorities to check before loading that the vessel is in a satisfactory state for the carriage of animals, that the animals are fit to continue their journey, and that loading is carried out in accordance with the Regulation. Competent authorities often fail to discharge these duties properly leading to great suffering during loading and the sea journeys to the Middle East and North Africa.

The Commission’s overview report on live exports by sea reveals that the required checks on the safety of the vessels and their suitability for carrying animals are not carried out properly, and that the authorities permit animals to be loaded onto the ship even when pre-loading inspections of the ship reveal deficiencies. It also stresses that pre-loading checks to ensure that animals are fit to travel are not being carried out properly.

It is clear from the Commission’s own report that neither the exporters nor the Member State authorities are giving any proper consideration to the animals’ welfare during the sea journeys themselves.

This needs to change.

One essential way for the EU to show its citizens a real seriousness about enforcing its own legislation is to set up dedicated police units. Trained officers dedicated to ensuring that citizen concern for animal welfare is translated into concrete action on the ground.

In this way, an immense amount of animal suffering can be avoided.

All of which would have wider benefits to society.

Through enforcement of legislation, the EU can once again be a global leader in animal welfare. It can give groundbreaking priority to demonstrating that the health of all of us is interconnected. One health, one welfare – protecting people means protecting animals too. With dedicated police units leading the enforcement charge, we would have the means to create a better future for people and animals across the European Union and beyond.