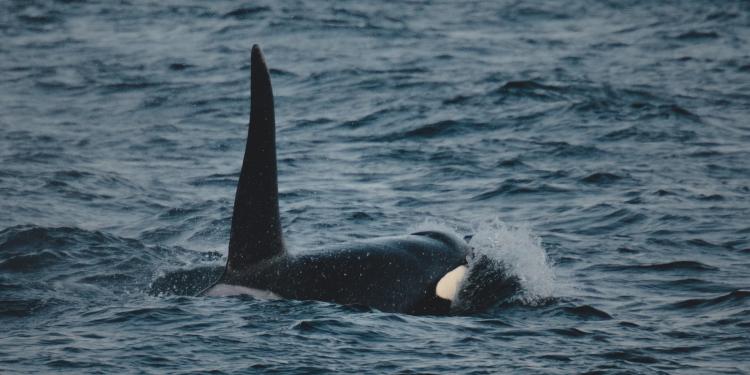 News
An Indigenous poet reflects on how releasing a captive killer whale could mean our own redemption.

On August 8, 1970, Tokitae was one of six juvenile killer whales abducted from the waters off Washington State. Boats, planes, and bombs were used in the hunt and resulting capture, and five killer whales died. Juveniles were separated from their pods and netted off to await transport into captivity at amusement parks. During those weeks between capture and transport, the adult killer whales never left the abduction site, and the sound of their grief-filled keening rang through the cove.

When Tokitae arrived at Florida’s Miami Seaquarium on September 23, 1970, she’d already been named by the veterinarian who oversaw her capture and transport. In Chinook jargon, Tokitae means, “Bright day, pretty colors.” But in the 1960s, Miami began rebranding itself, marketing itself as a destination with “subtle sex appeal,” and Tokitae was given a new stage name: Lolita.

It’s believed that the character Lolita in Vladimir Nabokov’s notorious novel of that name was inspired in part by the story of a real girl—11-year-old Sally Horner—who was abducted in 1948 and driven across the country to be exploited and abused by her captor. Horner’s nightmare ended with her escape after 21 months in captivity. She died in a car accident two years later, but I imagine she was happy to have those years of freedom—a chance to live as a normal teenager.

The scientific name for the killer whale is Orcinus orca. In Latin, orcinus means, “kingdom of the dead,” or “belonging to Orcus,” god of the underworld. In the Lummi language, killer whales are called Qwe lhol mech ten, “Our relations under the waves.” To my tribe, the Lhaq’ te’mish of the Salish Sea, they are people. In our stories, they have societies and a culture similar to our own.

They are the first harvesters of salmon, and, like Coast Salish tribes, they are matriarchal. Most remain by their mothers’ sides for their entire lives. The matriarchs are the keepers of the wisdom—the decision-makers, the leaders on whom the survival of their pods depends. Lolita’s mother is presumed to be a 91-year-old L pod matriarch known as Ocean Sun.

Serious observation of killer whales only began in the 1960s. In 1971, as head of marine mammal research at Fisheries and Oceans Canada, Michael Bigg, a Canadian marine biologist, conducted a census, which ultimately found that, at most, there were only 350 killer whales left. Previously, it had been assumed that regional killer whales numbered in the thousands. The census was prompted by the increased interest in killer whale capture for display in marine parks. Between 1962 and 1973, at least 47 southern resident killer whales were harvested from the British Columbia and Washington coasts; 12 died.

Since then, scientists have broken northeast Pacific killer whales into distinct types: residents (fish and squid eaters), transients (mammal eaters), and offshore (shark and other fish eaters). Lolita is from the L pod—the largest of the southern resident subpods, though only 35 L pod killer whales survive in the wild. The endangered status of the southern resident killer whales has placed them at the center of a fight to restore health and habitability to the Salish Sea bioregion. Their world is a mirror for our own: what happens to them happens to us, and today, they are facing extinction.