On Virginia’s Eastern Shore, wild horses are an asset, not a headache 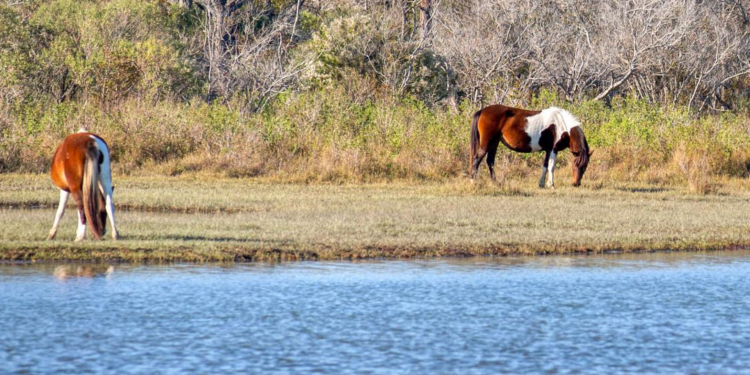 On Virginia’s Eastern Shore, wild horses are an asset, not a headache

News
Tens of thousands of wild horses and burros are ranging over federal land in the West, three times what the land can support, and the agency says its efforts to manage the herd are increasingly coming up short.

Evelyn Shotwell has a solution.

“The thing you got to do is get people to love them,” said Shotwell, the executive director of the Chincoteague Chamber of Commerce.

Thousands come to this narrow, windswept island on Virginia’s Atlantic coast every summer to see Chincoteague’s ponies, wild horses that have been here since colonial times and have been a boon to the town for the past century.

Residents here have made their wild pony population both an engine and a symbol of their town.

People like Denise Bowden, part of a special team within the Chincoteague Volunteer Fire Co. that cares for the roughly 150 ponies that put this Virginia barrier island on the map.