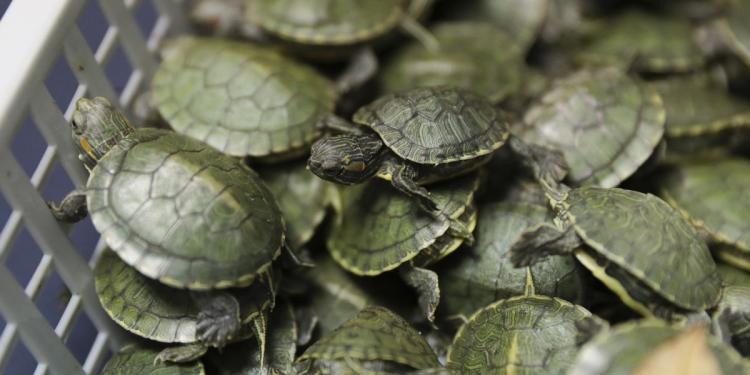 News
Two Indian citizens were arrested due to smuggling attempt into the country on a flight from Guangzhou, China with thirty-two small boxes packed with 5,225 red-eared slider turtles.

Two suspects have been charged for poaching the turtles, most of them native to Florida, and selling them illegally, according to a news release by the Florida Fish and Wildlife Conservation Commission. Many of the turtles ended up in international markets, including those in Asia, officials said.

The FWC launched the investigation in February 2018 after receiving a tip from the public. Investigators determine that a "ring of well-organized wildlife traffickers" was catching and selling the turtles to large-scale reptile dealers and illegal distributors, who would then ship most of them overseas on the black market, according to the release.