Tens of thousands of dogs disappear in Poland without trace 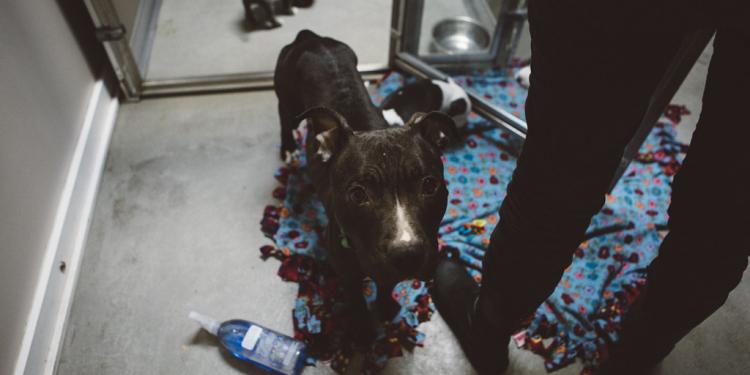 Tens of thousands of dogs disappear in Poland without trace

News
Every year, even one hundred thousand dogs go to places where their fate is difficult to determine - estimates the Office of Animal Protection of the ARGOS Foundation, which monitors the situation in Polish shelters.

Tens of thousands of them are killed, bitten, starving or exhausted. Local governments pay for alleged animal care. There are about 140 officially registered animal shelters in Poland. Beside them are unregistered shelters. They are most often called shelters, animal storage rooms and temporary care homes. They are not subject to the supervision of veterinary services and their activities are not monitored by municipalities.

The data of the Veterinary Inspection show that between 70,000 and 100,000 are registered in shelters. dogs per year. It can be carefully estimated that another 70,000 animals go to unregistered hugs, shelters or simply to companies that export them in an unknown direction - Tadeusz Wypych alerts from the Animal Protection Office.

Lack of supervision over such entities often results in pathologies. A year ago, tvp.info described the case of a vet from Oborniki Śląskie. He ran a hotel for animals and caught up on homeless dogs and cats. When representatives of the Help Animals Association decided to check what was happening with the animals he saved, the doctor presented adoption agreements. However, it turned out that they were forged. - We have no doubt that he killed animals. In total, up to several dozen or several hundred dogs could lose their lives, '' said Dariusz Wilbik, president of the association.