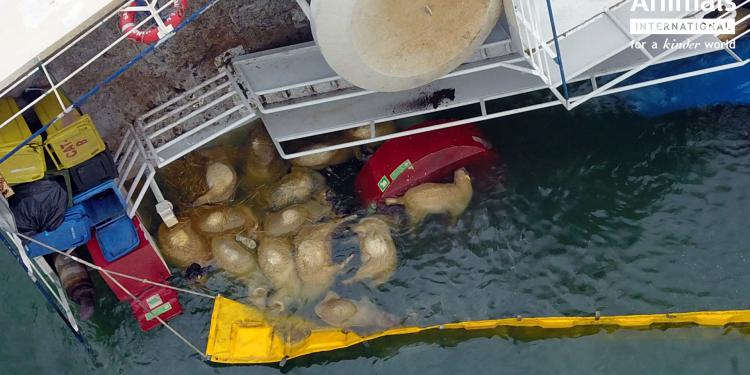 Secret decks for extra animals have been found in a livestock carrier that sank off the Romanian port of Midia in November drowning thousands of sheep, according to the company carrying out the massive salvage operation.

Only 180 sheep survived out of the 14,600 initially believed to have been onboard the Queen Hind, which was carrying them from Romania, the EU’s biggest exporter of the animal, to Saudi Arabia.

But the revelations about secret decks are likely to increase the death toll by several thousands, and raise fresh questions on whether overloading was to blame for the capsize.

Gabriel Paun, of Animals International, said the revelation “confirms our initial suspicion that the vessel capsized because of overloading”. He added: “We are outraged that this came out from the company bringing the vessel back to the shore and not from the Romanian government itself.”

Four Paws was able to rescue 254 sheep from the half-sunken ship but several died later of exhaustion and injuries – 180 survived and are now being kept in a location north of Bucharest.