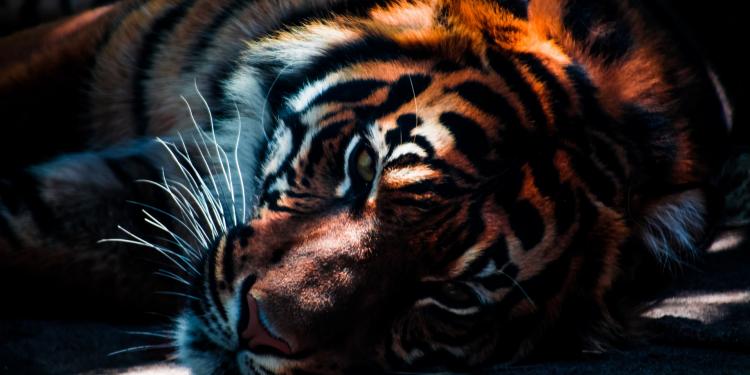 Netflix’s controversial ‘Tiger King’ has sparked discussions around the globe, not least of all because of its revelation that more tigers could be living in captivity in the United States than there are in the wild.

The picture is equally concerning in Europe, where it is legal to breed and commercially trade tigers both within Europe and for export around the world - and now global animal welfare organisation FOUR PAWS has revealed a shocking discrepancy between figures held by European authorities and the results of a recent investigation.

While authorities suspected that 913 tigers are being kept in zoos, private homes, circuses and sanctuaries, FOUR PAWS has found that the number is closer to 1,600, after sending Freedom of Information (FOI) requests to 28 EU Member States and eight neighbouring countries.

There are clearly gaps in data pertaining to the numbers of big cats born, what happens to them during their lifetime and after they die - and FOUR PAWS is also concerned that only 17 countries out of 36 were able to share their numbers.

“This report paints a startling picture as to the inability of authorities to answer the simple question of how many captive tigers there are in their country,” comments Martin Hojsík MEP. “This unfortunately doesn’t prevent authorities from allowing the trade to continue, and simply renders the captive-born tiger a ‘second-class tiger’ as it is not offered the same protection as wild tigers.”

“The captive tigers in Europe face the same challenge as the picture painted in ‘Tiger King’,” says Kieran Harkin, International Head of Programmes for Wild Animals in Trade at FOUR PAWS. “Most Member States don’t keep a central registration, official papers are easily falsified, or new cubs are not registered at all. Tigers are treated as a commodity, being passed around by individuals happy to breed, exploit and trade them.”

FOUR PAWS recommends the issuing of an EU guidance document proposing that Member States suspend the export and re-export of live tigers and tiger parts or derivatives – with exceptions in the case  where captive animals are moved as part of the conservation breeding programmes of zoological institutions or for genuine rescue purposes – followed by a comprehensive ban on commercial tiger trade. “A commercial trade ban will stop traders and breeders profiting from big cats across Europe and indirectly contribute to the recovery of wild tiger populations worldwide,” Harkin concludes.