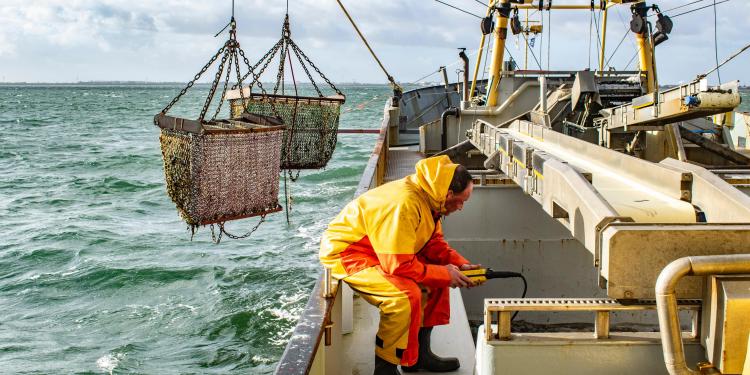 News
Last week, the European Parliament’s Committee on Fisheries (PECH) voted on the new Fisheries Control Regulation which gives powers to monitor fishing activities and which - for the first time - makes reference to animal welfare. Setting animal welfare as one of the reasons behind legal requirements in fisheries marks an important landmark for fish welfare as it comes 12 years after the commitment to pursue animal welfare through fisheries regulation.

The EU’s fisheries control system is aimed to modernise and simplify the way in which fishing rules are monitored and complied with in the EU. An effective control system is, therefore, key to ensuring that the EU's fisheries are sustainably managed. The new Fisheries Control Regulation passed in the PECH committee last week defines powers to monitor fishing activities and to punish acts such as discarding fish, overfishing, and cutting fins off live sharks. Importantly, the PECH Committee has included a reference to animal welfare in the objectives of the new regulation.

While addressing headline aspects of fishery policy, such as how logbooks and monitoring equipment allow the authorities to track fishing activities, the EP position on the Fisheries Control Regulation now also includes some provisions which concern the welfare of fish: such as the consequences for fishermen of cutting the fins off a live shark and discarding the shark, pulling a claw off a crab and discarding the crab, abandoning fishing gear in the water, or misusing a longline of many kilometers of hooks. Until now the reason in law for having these restrictions has been for biodiversity reasons and specifically to maintain animal population sizes at the level that allows capture of the highest number of animals.

Already in 2009, the Treaty of the Functioning of the European Union established the firm legal requirement for EU fishery policy to pay full regard to animal welfare. Yet up to today, there is still not a single piece of European fishery legislation that states animal welfare within its ‘recitals’.

The new Fisheries Control Regulation passed in the PECH Committee last week is now heading for approval at the European Parliament plenary on 8 March, before going into the interinstitutional negotiations (i.e. triologues) with the EU Member States and the Commission.