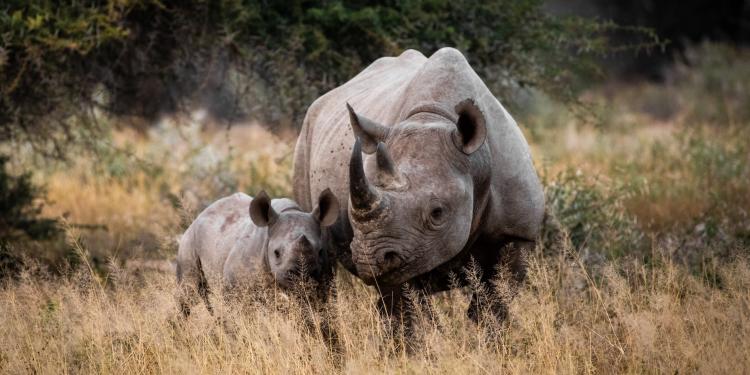 News
The European Parliament adopted a Motion for Resolution on CITES CoP19, which includes calls for a Commission study to facilitate the adoption of an EU-wide positive list of allowed pets, urges the Commission to ban the import of hunting trophies derived from CITES-listed species; and a number of strong proposals to increase protection for endangered animals from overtrading.

The Convention on International Trade of Endangered Species has its 19th Conference of Parties, otherwise known as CoP19, on 14 November. This is an important moment for the EU to protect endangered species by voting to limit their trade, and increase their protection. A large number of species proposals have been made with documents submitted on several cross cutting issues, such as One Health and COVID-19, animal transport and animals bred in captivity.

Today saw the vote in the European Parliament on a CITES Resolution, which provides the Parliament’s opinion on the position the Commission should take at CoP19.

In a Plenary debate yesterday, there was strong support for the EU to take the biodiversity crisis seriously and to use this as an opportunity to make One Health a priority, especially in tackling wildlife markets and reducing demand for live animals and animal parts, as the EU is a key importer. Additionally, there was a strong message of ensuring compliance to the CITES, to improve police and customs coordination, capacity and law enforcement activities as well as stronger punishments for wildlife criminals. Stopping the trade in captive bred tigers was also mentioned several times. This mirrors the adopted text of the Resolution.

Importantly, the revised Action Plan against Wildlife Trafficking, which is to be released in the coming weeks, was heralded as a key moment. Ville Niinisto of the Greens/EFA explained that there are many gaps in the EU legislation and we have a clear moment to act. In line with this, Eurogroup for Animals believe a strong way to close these gaps is the EU Positive List of allowed pets. Currently, the European Parliament agrees. The adopted text reiterates the Parliament’s call for EU Member States to establish a science-based EU-wide positive list of animals allowed as pets, under appropriate welfare conditions, without harm to biodiversity. To finish the debate, Commissioner Helena Dalli explained that the Commission will undergo a feasibility study to find the advantages of establishing such a list, and how this needs to be carefully analysed from perspectives of animal welfare, human and animal health and trade amongst others.

The Commission is ready to conduct a study to look into the issue.
Helena Dalli, European Commissioner for Equality

The Commissioner also mentioned that the Commission would be willing to explore new legislative and policy initiatives to ensure that action against wildlife trafficking remains strong, including where rules based on the country of origin need to be considered.

We are particularly pleased that the adopted Resolution urges the Commission and the Member States to take immediate effective action to ban the import of hunting trophies derived from CITES-listed species. This news comes one week before Eurogroup for Animals and a coalition of animal welfare organisations are helping to organise a hybrid event on Trophy Hunting on October 12.

Major areas that the CITES Resolution contains are: