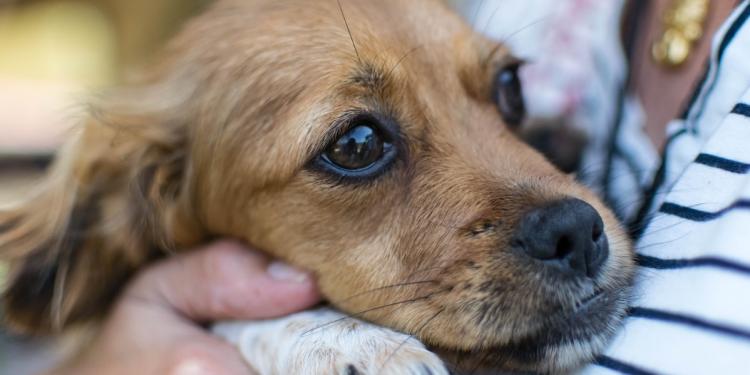 News
On International Women’s Day, the European Commission released its proposal for a directive on combating violence against women and domestic violence. Eurogroup for Animals welcomes this initiative as an important step to achieve gender-equality and put an end to all abuses. However, we are concerned by the lack of consideration and measures to address abuse towards companion animals as victims and instruments of these violence.

The link between domestic violence and animal abuse

As detailed in our briefing Companion animals in the fight against gender-based violence towards women and domestic violence, multiple studies acknowledge the close relationship between animal abuse and interpersonal violence, especially on women and children. This alarming situation can have dramatic consequences on owners and their animals. The abusers can build on the strong animal-owner bond to threaten, control or coerce the victims. In this context, victims of domestic violence can even refrain from leaving the household if they cannot find a shelter welcoming their companion animal. In addition, these animals provide emotional support to victims at crucial moments. It should also be noted animal abuse is often an indicator and precursor of violence towards humans.

A proposal that does not fully address domestic violence

The proposal for a directive on combating violence against women and domestic violence that was released on 8 March 2022. This proposal aims at harmonising the legal framework of Member States by criminalising certain forms of violence and ensuring that they are effectively prosecuted. This is a crucial instrument to protect women and children throughout the EU. However, it fails at acknowledging the strong link between animal and domestic abuse. Indeed, the proposal makes no mention of companion animals and does not properly address this type of violence, whether they are directed at the animal or as a means of coercion.

Opportunities to strengthen the proposal

The proposal therefore would not prevent abusers from hurting animals and efficiently prosecute this type of behaviour as domestic violence. To achieve this, it is essential that animal abuse is recognised as an aggravating circumstance to the offences under article 13. Individual assessment to identify victims’ protection needs provided for in article 18 should also consider whether the victim has a companion animal that requires protection, and ensure shelter for the victim and its animal. Finally, article 21 detailing provisions on restraining orders should extend to animals of the victims to protect them both. Compensations detailed in article 26 should also include veterinary costs resulting from the abuse.