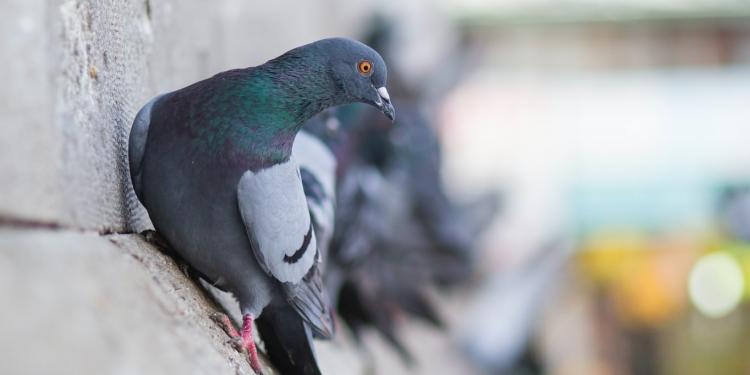 The recently revised handbook “Management of City Pigeons in (large) Cities in Germany” from Menschen für Tierrechte is now available in English. This guide provides practical guidance for authorities worldwide about animal-friendly solutions to manage urban populations of pigeons, through the application of successfully adopted practices in German cities.

Pigeons can suffer from poor living conditions in cities, facing starvation, diseases, injuries and high mortality rates, especially at high population densities. Populations of these birds can also cause problems for human communities through pollution by pigeon droppings and harassment. Thus, many municipalities impose feeding bans or even kill the animals. Depending on the respective legislation such measures violate animal protection laws, but this practice is also unethical and unsuitable to reduce pigeon populations in the long term.

More and more cities are relying on the animal welfare-friendly birth control concept based on pigeon lofts with controlled feeding, as illustrated by the successful implementation of an overall concept from the “Management of City Pigeons in (large) Cities in Germany” handbook.

This newly translated handbook explains the problems caused by urban pigeon populations and gives details on animal welfare-friendly solutions. Details for practical implementation, such as supervised dovecotes, their building and equipment, feeding and egg exchange are given. The topics of deterrence, feeding bans and animal-friendly deterrence measures to avoid wild nesting cells are covered, including an overview of the costs involved. Other chapters inform about different methods to measure the effectiveness of the concept, how to increase the chances of success and the best ways to intervene if problems occur.

Even if the legal status of animal welfare is different in other countries, we hope that for reasons of sustainable population control and the resulting decrease in pollution as well as for ethical reasons, the handbook can lead to better living conditions for animals abroad.