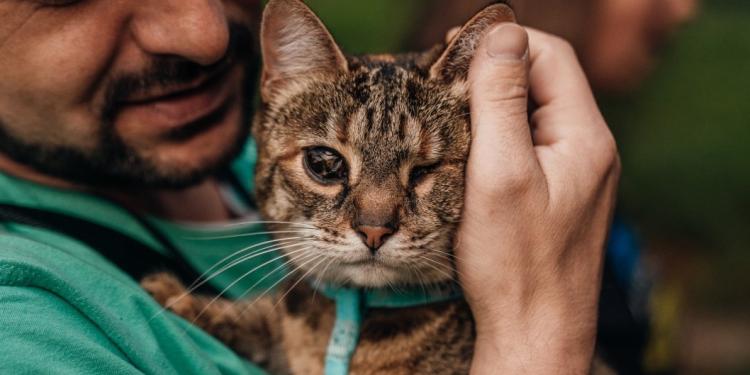 FOUR PAWS conducted the first ever survey in Ukraine on the welfare of companion animals during the war, to help mobilise support for shelters and volunteers in the country. 670 respondents took part in the survey, which revealed that the biggest problems are abandonment of pets, unsterilised animals living on the streets, and a lack of food for pets, strays and shelter animals.

FOUR PAWS carried out the survey to find out where its support is most needed.

The organisations’ local Stray Animal Care team has been active in Ukraine for the past ten years. Following Russia’s invasion of Ukraine in 2022 FOUR PAWS, in coalition with other organisations, helped establish UPAW for efficient delivery of humanitarian aid to animals. Despite the challenging logistics in the country, 130 staff and volunteers of UPAW managed to distribute 944 tons of humanitarian cargo to animals over 8 months of their work.

UPAW is delivering aid based on the urgency of the need: the regions close to the combat zone, temporarily occupied and liberated by Ukrainian Armed Forces, are the areas of priority. But UPAW also covers the rest of the Ukrainian territory, where many animals were evacuated to. In addition to pet food aid, UPAW also distributes veterinary drugs to clinics, supports spay and neuter campaigns, and runs fundraising campaigns for the shelters in Ukraine.

Unfortunately, in-kind donations UPAW receives from international NGOs have decreased in recent months compared to February and March 2022. They are struggling to fill their warehouses, yet the many needs of animals in Ukraine continue to grow because of the prolonged war. Learn more about UPAW’s work in figures below, and support the animals of Ukraine by donating.
Stray animals
Cats
Dogs
Neutering
Animal shelter
Ukraine
Deel op FacebookDeel op TwitterDeel op PinterestDeel op Linked InDeel op Whatsapp