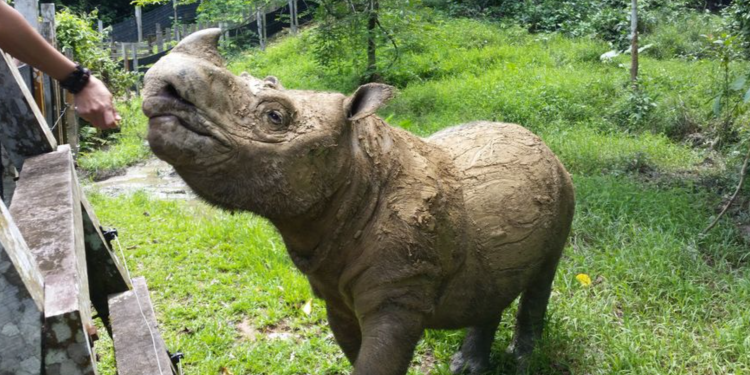 News
It was decrepit, the liver and kidneys were no longer working properly - now Malaysia's last Sumatran rhinoceros has died.

Worldwide, there are less than a hundred specimens of the endangered animals left.

Malaysia mourns its last male Sumatran rhinoceros. The approximately 35-year-old animal named Tam died on Monday after prolonged illness in a reserve on the island of Borneo.

The animal protection organization Borneo Rhino Alliance suspects that due to a general aging weakness, the liver and kidneys hardly functioned recently. The organization had already pointed out the critical condition of the animal a few days ago: "We do not believe that it will be alive for a long time. It is more a matter of days than weeks."