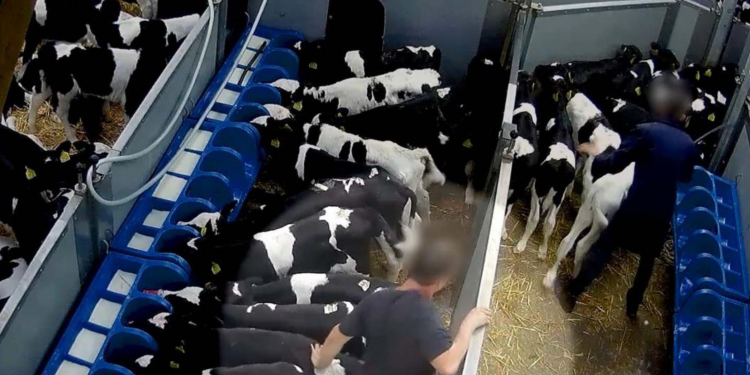 Investigation
Young calves exported from Ireland to holding centres in France, before they are sold to farms across Europe, have been beaten and brutalised, an investigation has found.

Undercover investigators from L214 and Eyes on Animals, welfare organisations that monitor the live export of farm animals, filmed unweaned calves being kicked, beaten and jumped on when they collapsed from their injuries inside an approved facility in Cherbourg, France.

The investigation tracked 23 shipments of Irish animals from Rosslare to holding facilities near Cherbourg, where they were “fed and rested” before being transported to Belgium, Spain, Italy and the Netherlands. The exports took place in March.