Historic turning point: Italy closer than ever to the ban on the killing of male chicks 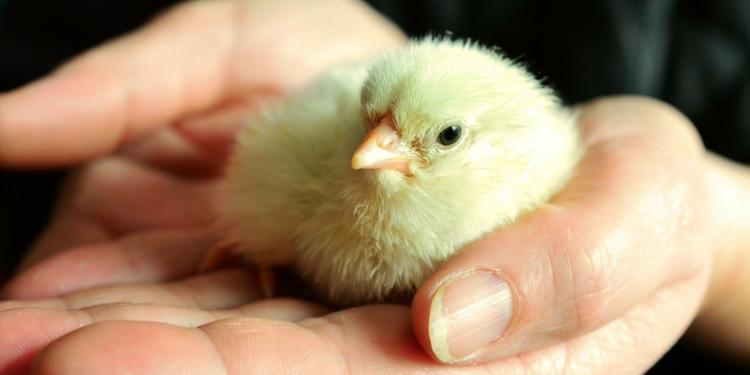 Historic turning point: Italy closer than ever to the ban on the killing of male chicks

Recent advocacy efforts by Eurogroup for Animals' member Animal Equality Italy haved reached a historic turning point with an amendment presented in the Italian Parliament which would introduce, by the end of 2026, the ban on the selective culling of male chicks which are currently considered a production waste within the egg industry.

In the egg industry, male chicks are considered useless for production as they are not able to lay eggs. They can also not be used for meat as they are different from the more common broiler chickens used by the food industry. For this reason, between 25 and 40 million male chicks are killed every year in Italy.

Shredded alive or suffocated, the chicks are killed immediately, within the first 24 hours of birth, and without the use of stunning techniques.

Eurogroup for Animal's member Animal Equality Italy launched in 2020 a campaign signed by over 100 thousand people precisely to ask the government and industry to put an end to this terrible situation. Thanks to this work, already in 2020 the trade association of egg producers Assoavi declared itself in favor of the introduction of in-ovo sexing technologies capable of avoiding the culling of male chicks.

The amendment presented today by MP Francesca Galizia, group leader of the 5-star Movement in the EU Policies Committee, calls for a ban on the selective culling of male chicks of hens by the end of 2026 hens, except in cases where killing is necessary under the current legislation governing animal diseases.

The amendment provides times to adapt to the legislation for updating the work procedures and the technological state of companies in the sector of laying hens. It also supports the introduction and development of technologies and tools for the sexing of in-ovo embryos capable of identifying the sex of the chick even before hatching, also through incentive policies for these technologies.

In countries such as France and Germany, the introduction of this legislation in order to avoid the killing of male chicks is expected as early as 2022, while the EU Commission has launched a public initiative to carry out an adequacy check of the current rules on the welfare of chicks.

The Italian Parliament will vote on the proposed ammendment in the coming weeks, potentially sparing the lives of millions of male chicks.

It is necessary for Italy to make a choice of responsibility and respect towards animals, sentient beings, which can no longer be considered only industrial waste. The selective killing of male chicks that occurs every year cannot be considered normal. The parliament has a great opportunity by choosing to support this proposal, which also goes towards the lines dictated by the European Union on animal welfare. It is time to encourage the introduction of these in-ovo sexing technologies also in Italy, as producers are already doing, and institutions must commit themselves to this fundamental path for the progress of our country and animals.
Alice Trombetta, Executive Director, Animal Equality Italia