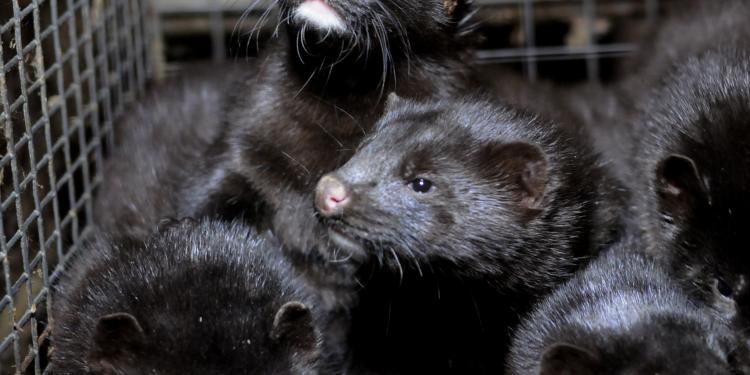 Fur farming has been banned in the Netherlands, with the effect from 2024,. However, amid COVID-19 infections
among minks used for fur farming, Dierenbescherming thinks the existing farms should close immediately.

This Spring 4 million mink pups born on the Dutch fur farms were planned to be gassed and skinned in November for their fur. However, it appears that minks on several farms got infected with the COVID-19.

If this to be confirmed, the Dutch government will order to kill all minks on the infected farms for public health security reasons.

The infection symptoms in minks, just like in humans, vary from mild to severe, with the possibility to develop pneumonia and eventually die. The infection appears to have been present for some time on three farms and is now decreasing.

On one farm, minks have reported to show symptoms of severe pneumonia. Dierenbescherming thinks these animals should be relieved from suffering, demanding for the experts to advise on the killing method and for a special committee to supervise the process.

The health risks to residents living around mink farms are still considered to be small. However, experts what to prevent from mink farms becoming "corona virus reservoirs", presenting the risk to people or cats catching or transmitting the virus on the farm.

Since there is a possibility of the infections spread, other 151 farms in the Netherlands are currently undergoing tests.