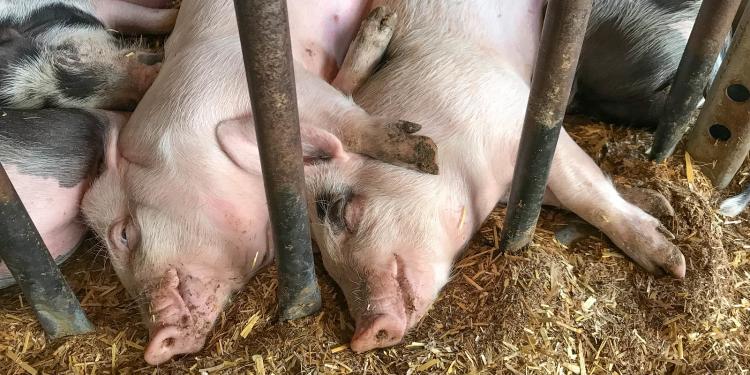 For the first time ever, a trade agreement will contain a specific chapter dedicated to animal welfare and antimicrobial resistance.

The chapter is part of the modernised Global Agreement between the EU and Mexico, which has just been finalised after two years of fine-tuning. As one of the objectives of modernising the agreement was to further liberalise the trade in agricultural products, including animal-based ones, Eurogroup for Animals welcomes the stronger emphasis on animal welfare provided by the stand-alone chapter on the topic.

The chapter marks a groundbreaking precedent in EU trade policy - although such a chapter should be included in all EU agreements, especially those concluded with countries that are key partners in the agrifood trade. It recognises animal sentience and calls for cooperation in order to “enhance the protection and welfare of animals”, and for better enforcement of the animal welfare standards laid out by the World Organisation for Animal Health (OIE).

Even so, the inclusion of the chapter doesn’t mean there’s an obligation to get results, and the fact that it refers only to OIE standards, which are often lower than EU ones, is disappointing. However, animal welfare provisions in more recent EU trade agreements, such as with Japan or Mercosur countries, are even less developed in some cases.

In addition, the agreement still grants considerable trade preferences to Mexican beef, chicken, pork and eggs, without any conditions related to farm animal welfare. This is clearly a missed opportunity with a country that has shown willingness to progress over the past five years. Incentivising producers to raise animal welfare standards could have had a huge impact on Mexico’s 34.8 million cattle, 17.8 million pigs and 568 million chickens. At the moment, the EU does not import many animal-based products from Mexico, but a trade agreement is made to last, and this situation could change.

The COVID-19 crisis painly demonstrates the price of an ever-globalising world and the risks associated with the wildlife trade and intensive livestock farming. Sustainable trade should mitigate these risks which would require a complete transformation of EU trade policy. This agreement is not the strongest we could hope for, as it does not set conditions for trade preferences on the application of higher animal welfare standards. However, the inclusion of a standalone chapter on animal welfare and antimicrobial resistance with more concrete commitments is welcome. If the agreement is ratified on both sides, it will be up for the EU and Mexico to show us they can deliver.
Reineke Hameleers, CEO, Eurogroup for Animals

By agreeing to such a chapter in 2018, Mexico showed political willingness to act for animals. Its recent move to ban animal testing for cosmetics seems to confirm that trend. Eurogroup for Animals is thus hopeful that the EU and Mexico will make full use of the cooperation mechanism set up by the EU-Mexico Global Agreement to deliver concrete progress for animals. With political willingness and resources, the lives of millions of animals could be improved.