ECI “End the Cage Age”: your help needed in decisive vote in Germany on 14 February 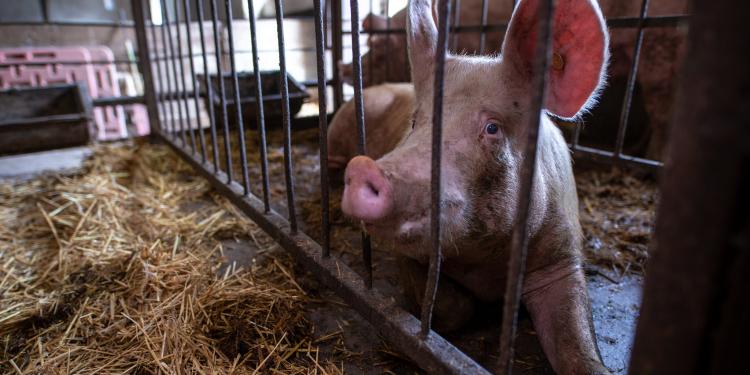 ECI “End the Cage Age”: your help needed in decisive vote in Germany on 14 February

On Friday 14 February the Bundesrat in Germany will take a vote which impacts the continual use of sow stalls in Germany.

There is an opportunity for us to help not only pigs in Germany, but also ensure the decision they take does not negatively impact the asks of our ECI.

Current national regulation specifies that sow stalls need to be wide enough so that sows are able to stretch out their legs. However, the reality for sows looks quite different because sow stalls, as they have been used for decades, are too small. The pork industry does not want to evolve so the German Ministry of Food and Agriculture has proposed a multitude of changes. Among others, they want to remove the text that says sow stalls need to be wide enough for sows to stretch out their legs. This would legalize currently unlawful sow stalls and directly undermine a court ruling.

It’s urgent that we act now to stop this happening, and call on a total ban on sow stalls. This week, in the run up to 14 February Compassion in World Farming will take action, and we invite you to do so too.

What you can do

You can play an important part in this action by:

You can broadcast the email/tweets starting today. Our aim is to influence the vote on the 14/02 so it’s better to begin a few days before.

Heads of Die Grünen (green party) and DIE LINKE (left party) on Länder and national level, the twitter accounts of the parties themselves, members of the Bundesrat in the Green and Left parties.

Send out an email to supporters asking them to:

o         Saying how many people have already joint the change.org petition

o         Asking people to RT and sign the change.org petition

The ECI German coalition will be outside the Bundesrat on 14/02, with a demo and an appointment to hand in the petition.