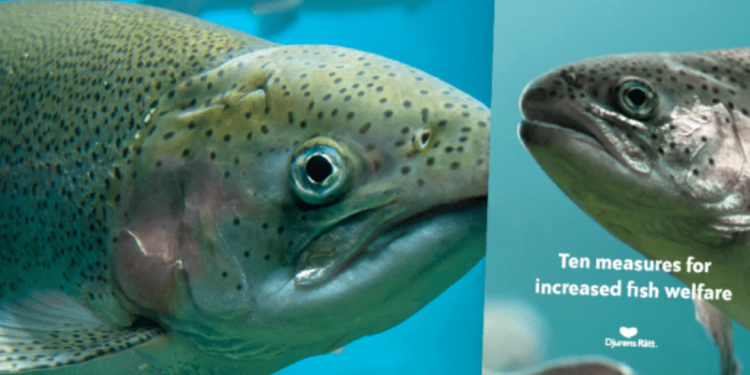 While it is well established that fish can feel pain and suffer, they are often treated as if they were emotionless beings. There are more than 30,000 species of fish, with both common and species-specific behaviours, needs and incredible abilities.

For human consumption, fish are either raised in factories (known as aquaculture or fish farms) or caught in wild capture fisheries. In both these industries, fish are measured in tonnes and not in numbers, which makes it difficult to know exactly how many fish are affected. It is estimated that around one to two thousand billion (one to two trillion) fish are caught and killed each year globally in fisheries. In fish farming, the corresponding figure is 50-150 billion.

We must treat fish as the sentient individuals they are, it is unsustainable to talk about expanding fish factories when there are already so many animal welfare deficiencies. For example, fish raised in Swedish fish factories are still subjected to painful carbon dioxide stunning before slaughter. Action is needed against this suffering and to increase fish welfare.
Camilla Bergvall, President of Djurens Rätt

Djurens Rätt launched the White Paper during a webinar on fish welfare on Wednesday 26th October. The White Paper lists ten of the most important measures that need to be implemented in order to improve the situation for fish: