Could jellyfish end up on our plate? 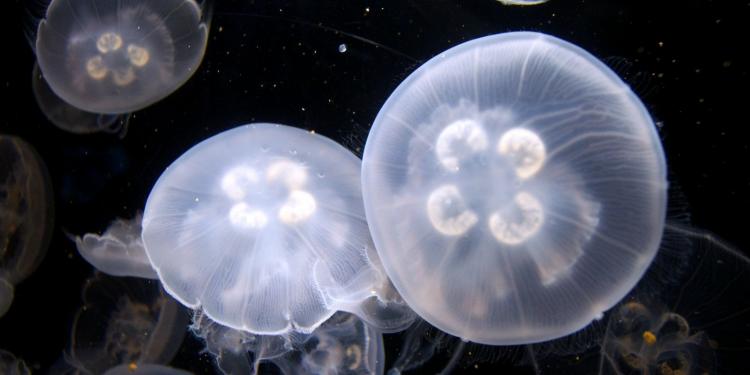 Could jellyfish end up on our plate?

News
A few summers ago, Stefano Piraino was walking along the rocky shoreline on a small island off the coast of Sicily when he spotted a washed up jellyfish. Naturally, he tore a piece off and popped it into his mouth.

‘After a few days in that state they lose their stinging cells, and the UV radiation from the sun should have killed any bacteria,’ he said. ‘But still, I wouldn’t recommend it.’

Like an increasing number of researchers, Prof. Piraino, a biologist at the University of Salento in Lecce, Italy, is interested in turning huge blooms of jellyfish from the unlikely menace they often are into something useful.

Food is top of his list – he says jellyfish can be healthy and delicious once cooked – though there are plenty of other ideas from medicines to nutraceuticals. To begin using these ethereal creatures for our own ends, however, Prof. Piraino and others want to first understand this: what exactly is in a jellyfish?