A chance for European citizens to end the shark fin trade 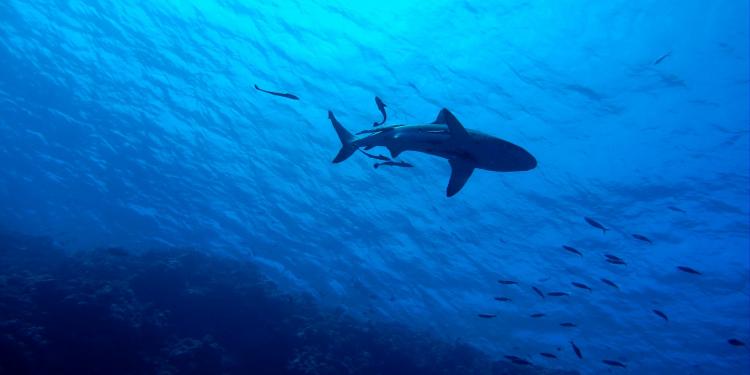 A chance for European citizens to end the shark fin trade

News
A group of citizens from across Europe have united and demand the end of the shark fin trade in the European Union (EU), so as to increase the protection of sharks. This trade relies on the cruel, unethical practice of cutting the fins off sharks and discarding the animal back into the ocean, oftentimes while it is still alive.

Every year, between 63 and 273 million sharks are killed, and many species are increasingly threatened worldwide. Europe is one of the major players in the global fin trade. Globally, sharks are targeted for their meat and liver oil, but the biggest threat remains shark finning. The steep erosion of shark populations across the globe has severe impacts, as many sharks are ‘apex predators’ and play an active role in maintaining healthy and productive marine ecosystems. Sharks commonly have their fins removed while alive on fishing boats, and are then left to asphyxiate or returned to die in the water.

The ‘Stop Finning — Stop the Trade’ European Citizens’ Initiative began collecting signatures on 1 February 2020. EU citizens have until 31 January 2022 to support the requested change by collecting one million votes to demand the end of shark fin trade in the European Union.

Specifically, EU citizens call to “end the trade of fins in the EU including the import, export and transit of fins other than if naturally attached to the animal's body”. Should their endeavour succeed, the European Commission could then decide to propose a new regulation to achieve this goal.

Such a new regulation would go one big step further than the current EU legal framework, which aims to reduce the number of sharks fished by requiring — since 2013 and for all EU vessels — that fins remain attached to the carcass of the shark until unloading at port. However, fins can then be separated and traded locally or across the world. Soon after introduction of the regulation, fishing of sharks returned to previous levels. While a steep improvement from the EU’s former regulation, the current regulation still allows fins to be traded across Europe and EU fishers to feed Asia’s strong demand for shark fin soup.

In June 2019, Canada became the first country of the G7 group to ban shark fin imports on its territory, and citizens around the world are increasingly requesting the end of such cruel and useless practices. Europe must follow suit.

European citizens have the power to demand that the EU’s decision makers enhance wildlife protection. At a time when the scientific community regularly rings the alarm bell regarding erosion of biodiversity erosion and the risks associated with climate change, we have no choice but to change our production and consumption patterns. It is high time to end the shark fin trade in Europe!