CETA: Eurogroup for Animals calls on Canada and the EU to do more for animals 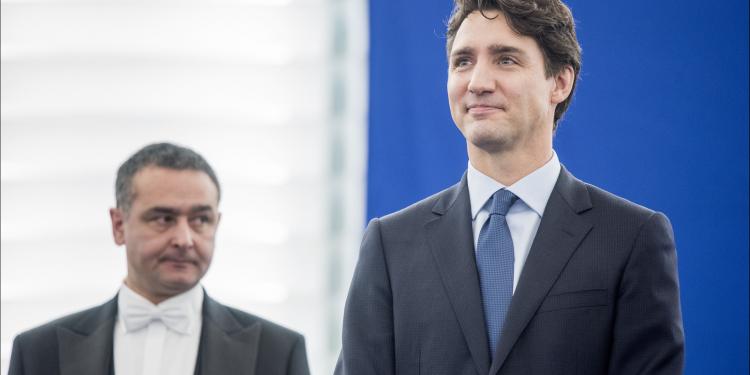 CETA: Eurogroup for Animals calls on Canada and the EU to do more for animals

News
In a jointly agreed statement, the European and Canadian Domestic Advisory Groups (DAGs) on the EU-Canada Comprehensive Economic and Trade Agreement (CETA) have called for Canada and the EU to involve them in their efforts to make CETA’s Trade and Sustainable Development (TSD) chapters effectively enforceable.

Eurogroup for Animals has also called on the Parties to do more for animal welfare, reminding them of the impact it would have on SDGs and underlining more specifically issues in relation to horse meat production and animal transport.

The debate on the ratification of CETA is ongoing in several Member States. In France, after a narrow victory in the Parliament, which underlined divisions among the majority, a vote is still needed in the Upper House. In the Netherlands, a vote must still take place but with the recent decision of the Socialist Party to oppose the agreement, there is now a majority against it.

One subject keeps coming back in these national debates: the enforceability of the environmental and labour provisions in CETA. Back in 2016, the ratification at EU level only came with the addition of a “Joint Interpretative Instrument” committing the parties to “initiating an early review of these provisions, including with a view to the effective enforceability of CETA provisions on trade and labour and trade and the environment.“ While “effective enforceability” is a vague term born from compromises, it means - for Eurogroup for Animals and many other stakeholders - giving teeth to these chapters by creating material consequences in case of breach of commitments.  At the moment, Canada and the EU have not delivered on this pledge.

As part of the CETA implementation, both parties had to set up a “Domestic Advisory Group” (DAG) composed of civil society organisations to monitor the implementation of TSD Chapters included in CETA. The EU opted for a single group in charge of all issues – as always – while Canada decided to establish two different DAGs, one for labour (established in 2018) and one for the environment (only set up in July 2019). The meetings that took place in Ottawa on 11-12 Novemberwere thus the first opportunity for all DAG members to meet. Eurogroup for Animals attended the meeting as vice-chair of the EU DAG.

As the groups were meeting for the first time, the joint statement adopted by the Canadian and European DAGs does not contain details on specific issues but still calls on the Parties to inform the DAGs about this early review process of the TSD chapters, and to involve them in the process.

The Civil Society Forum that took place the following day was the opportunity to bring up our own calls and considerations: Eurogroup for Animals plead for the Parties to do more on animal welfare, underlining the connection with Sustainable Development. We called on the Parties to not only consider positive cooperation on environmental matters, but also the impact of the agreement on trade flows, and thus - because those flows concern a lot of animal products - on animals, and also underlined the obligation for the Parties to fulfil their commitment to strengthen the enforcement mechanism of TSD chapters by opening dispute settlement to external stakeholders, improving the language of the provisions themselves, creating roadmaps when an issue is raised, intensifying cooperation on that roadmap and introducing last resort sanctions.

It was disappointing to see that the EU and Canada did not present any proposal to strengthen TSD chapters. Instead, they explained their disagreement on the terms of the debate: Canada wants to discuss material consequences and potential mediation mechanisms while the EU believes they need to assess first whether existing provisions have failed. However, the views expressed in the Civil Society Forum might have helped fostering progress on this file, as many voices called for the EU and Canada to deliver on this as soon as possible to ensure trade policy does not undermine sustainable development.

Eurogroup for Animals will continue, as part of the EU DAG, to play its role and to push for this reform much needed in EU trade policy, as well as to promote the importance for Canada and the EU to commit to more work on animal welfare, notably on animal transport and on horse meat production.