Avian influenza emergency - are we headed towards the next pandemic? 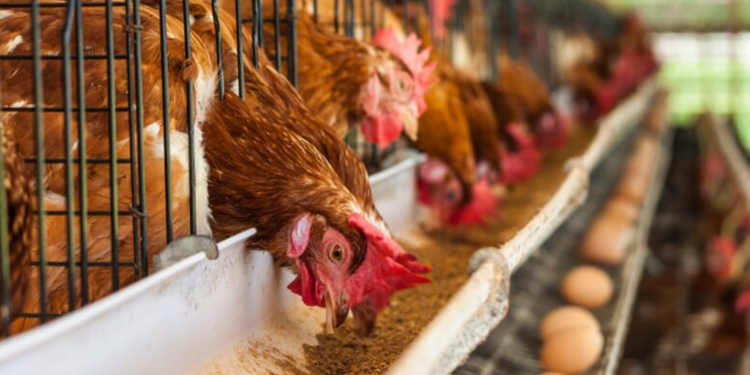 Avian influenza emergency - are we headed towards the next pandemic?

As Europe struggles with its largest avian influenza outbreak to date, the need to introduce a vaccination strategy is more prominent than ever.

Highly contagious and prone to mutations, the avian influenza virus is wreaking havoc in the European poultry sector. Both animal advocates and the poultry industry agree that a vaccination strategy is by now  indispensable to limit the spread of this deadly disease.

In their report published on 23 December 2021, the European Food Safety Authority (EFSA) stressed that current biosecurity measures appear insufficient in stopping the spread of the disease and stated that, aside from reinforcing biosecurity, the “reduction of the density of commercial poultry farms and possible appropriate vaccination strategies, should be implemented.” Indeed, in the absence of a vaccine, housing orders and the culling of millions of birds every year remain the only solutions available to Member States to try and curb this disease.

It is by now recognised that the extreme industrialisation of poultry farming in the EU amplifies and is co-responsible for the devastating effects of outbreaks of Highly Pathogenic Avian Influenza (HPAI).

The geographical concentration of millions of domestic poultry kept in intensive systems is the main culprit for the outbreaks we are witnessing every year, with devastating consequences not only for kept poultry but also for wild birds (who are now also dying in large numbers).

Prof. Thijs Kuiken, professor of comparative pathology at the Erasmus MC hospital in the Netherlands, recently stressed that the current strain of HPAI originated in 1996 among domestic geese in China, from where it further spread to domestic poultry in Asia. That outbreak could not be kept under control and in 2005 the virus infected wild birds in the region of Qinghai Meer in China. Since then, wild birds have become vectors of the disease during their seasonal migrations.

Millions of animals are currently suffering from the effects of illness and mass killing for disease control, and considering that vaccinations are highly likely to curb the spread of the virus, idleness in implementing a comprehensive vaccination strategy aggravates the situation. Developing a vaccine becomes even more urgent if we consider that, between 1997, when the first human case was identified, and 2015, 907 people were infected with HPAI H5N1 globally. The most recent human case occurred in the UK only a week ago. So far there is no proof of human-to-human transmission and the risk of infection for the general population remains low. However, due to its specificities, this virus is considered a public health threat and its genetic changes are monitored accordingly.

The current situation proves yet again that for reasons of disease control, sustainability and animal welfare, the EU must set a course away from intensive farming.

The reduction of numbers of reared animals is imperative to achieve these goals and the time to act is long overdue: two years into the COVID-19 pandemic, one does not have to look far to see the effects of human negligence concerning zoonotic diseases.