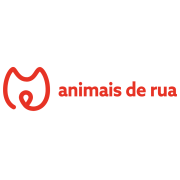 Our Portuguese Member, Animais de Rua, organised a political debate on 6th of May in Lisbon.

The event gathered candidates for the upcoming European Parliament elections (23-26 May) to discuss their animal welfare commitments as part of the Vote for Animals 2019 campaign. Bullfighting and the transport of live animals were particular concerns for all the candidates.

Inês Sousa Real, from Partido Animais Natureza, supports the creation of a Commissioner for animal welfare and advocates the uniformization of the databases of companion animals across all Member States to ensure that trafficking of these animals is halted. Creating specific funds to protect biodiversity is a priority of her party, as is the definition of protected areas in Europe’s land and water. Ms Real says that Portugal needs to stop all large-scale dam projects and decarbonize agriculture, and points out that the EU should promote better labelling of vegetarian products. She emphasized the importance of laws that clearly include proportional punishments for infringements, and the need to expand the Portuguese law to include aggressions to all animal species. She reminded the public of her party’s proposal to include CCTV in all slaughterhouses, which did not have the support of any other political party with a seat in the Portuguese Parliament.

Rui Tavares, from LIVRE, believes that the EU-Mercosur trade agreements will have an impact on animal welfare. He says we need to guarantee the protection standards are levelled up and that infractions across borders are met with higher sentences. To guarantee that the CAP does not contribute to the destruction of the environment, it needs to be aligned with EU Directives on birds and habitats and pesticides, among others, and guarantee the self-sufficiency of the EU. LIVRE wants to be an autonomous and ample ecologic voice, with a global vision in the European Parliament.

Bruno Góis, from Bloco de Esquerda, says that the EU needs to discourage production harmful for the environment, as well as recover forests to combat climate change. He agrees with Rui Tavares on the need to guarantee higher existing standards for animal protection in trade agreements. In addition, he says that we need to invest in non-animal scientific methods while at the same time restricting in a phased manner the use of animals in science.

João Albuquerque, from Partido Socialista, thinks we need to change the way we look at other animals to recognise their individuality. He defends a paradigm shift away from animal products in food, suggesting an educational policy to aid the transition away from products harmful for our health and the environment. Guaranteeing efficient inspections of agriculture and aquaculture is also essential to avoid harmful substances in our food, soil and water. Mr Albuquerque also says that we need to prohibit the commercialisation of pets online to end the detriments to animal welfare that are associated with this practice.

João Pimenta Lopes, from Coligação Democrática Unitária, puts national interests first, arguing that EU policies motivate intensive and livestock farming. 80% of CAP funds are attributed to 13% of the farmers with the most intensive production. He defends the need for a more fair redistribution of the funds taking animal welfare into account. Proximity production is also an important goal for Mr Lopes, who would like to see Life+ funds being directed to projects that can help poorer EU countries to protect their biodiversity. To avoid infractions that can deteriorate the welfare of companion animals or exotic species, the party  demands more means to guarantee effective border controls. João Lopes believes that, to guarantee the protection of animals, we need to guarantee the protection of people, namely with political measures that improve economic conditions.

João Patrocínio, from Partido Nacional Renovador, says that the party puts the interests of humans before other animals, but is committed to animal welfare too. He says that border control is essential to guarantee the control of movement of people, animals and goods. He believes that the EU Directives cannot override the national law, which needs to be put first and any adaptation to EU Directives needs to be studied in a case-by-case basis.

Inês Sousa Real, Bruno Góis, and João Albuquerque have signed Eurogroup for Animals’ pledge for the next term of the European Parliament.

About the Campaign Vote for Animals 2019: #Vote4Animals campaign puts animal welfare at the heart of the next European elections (23-26 May) by inviting candidates to commit to act for animal welfare in the next term by taking the animal welfare pledge. The campaign also informs and motivates Europeans to vote in favour of animal-friendly candidates. You can see who to vote for in your country on the website.