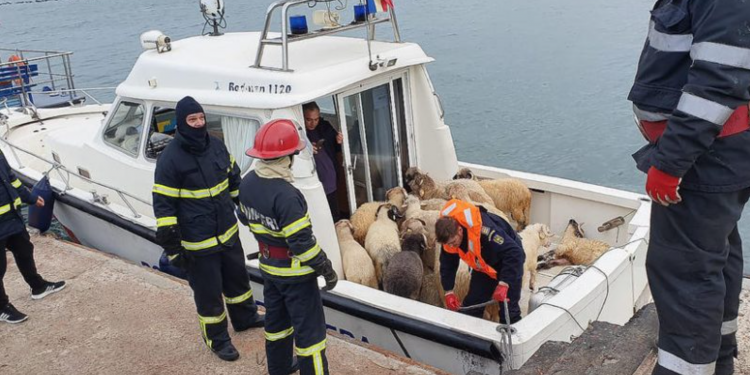 News
EU Health Commissioner Vytenis Andriukaitis called on the next EU executive to include animal welfare in the new Green Deal following a tragedy in which almost 15,000 sheep drowned in the Black Sea off Romania’s coast.

‘Terrible to see this happening. And honestly, I might be repeating myself, but this is once again an opportunity to think whether we, as a society still want to see these things going on?  Do we need live animal transport?” Andriukaitis told EURACTIV.com.

“There is definitely a scope for putting benchmarks for animal welfare that reflects the views of our citizens, especially younger generations who are increasingly wary about ecological, humanistic and social aspects related to food,” the Lithuanian outgoing Commissioner added.

Thousands of sheep were feared dead on Monday a day after a vessel overturned on the Black Sea, leading to renewed calls for a ban on the controversial sea transport of livestock.

According to AFP, the sheep Queen Hind, bound for Saudi Arabia and carrying 14,600 sheep aboard, capsized on Sunday shortly after leaving the Black Sea port of Midia in eastern Romania. The crew of 20 Syrians and one Lebanese were rescued, along with 32 sheep.