Legislation that protects other farmed animals does not always translate to fish.
#Act4
Fish

Legislation that protects other farmed animals does not always translate to fish.

Fish farming is a relatively young but growing sector. In 2016, the EU’s aquaculture sector produced and sold around 650,000 tonnes of fish, worth almost €5 billion. In numbers, the best estimate is that between 500 million and 1 billion commercially farmed fish are killed every year in Europe.

The majority of finfish in Europe are reared intensively, with large numbers of fish at high stocking densities. This not only affects water quality but also prevents fish from behaving normally and can result in skin or fin injuries, chronic stress, and a greater susceptibility to disease and parasitic attack. Only a few medicines are available to respond in these circumstances, and parasite treatments can be as dangerous to fish as the parasites themselves.

Fish are more vulnerable to their environment than terrestrial animals, and their immune systems function particularly poorly under stress. Housing design, feeding regimes and breed selection are often manipulated to increase production, and the fish are confined in a range of pens, tanks, fast-flowing raceways and earth ponds.

Fish used to extract eggs or milt for use in hatcheries are handled out of water much more frequently than fish for consumption, and the extraction of eggs or milt is often done by anaesthetising the fish and squeezing them out by hand, as shown on our member Essere Animali’s video. A recent investigation by Dyrevernalliansen, another of our members, revealed a high mortality rate among hatched salmon in Norway.

In 2017, the European Commission published a report on the welfare of fish in European aquaculture during transport and at the time of slaughter. The report highlighted obvious weaknesses in aquaculture processes, with a negative impact on the wellbeing of fish. Our member Compassion in World Farming indeed found evidence of horrendous treatment of bass and sea bream in fish farms around the Mediteranean during slaughter. The animals were put on ice, experiencing severe thermal shock, and left to suffocate for over an hour before eventually dying in horrible pain.

Fish may be effectively stunned before slaughtered by electrical stunning,either in or out of the water,or by percussion. Both these methods bring with them serious welfare concerns, as sometimes commercially available equipment cannot deliver an effective stun, and validated equipment will have a percentage of mis-stuns. Commercial solutions for welfare at slaughter have been developed but are widely adopted by only a few sectors. Several methods of killing without stunning remain common, including live chilling with CO2, suffocating, exsanguination and beheading. 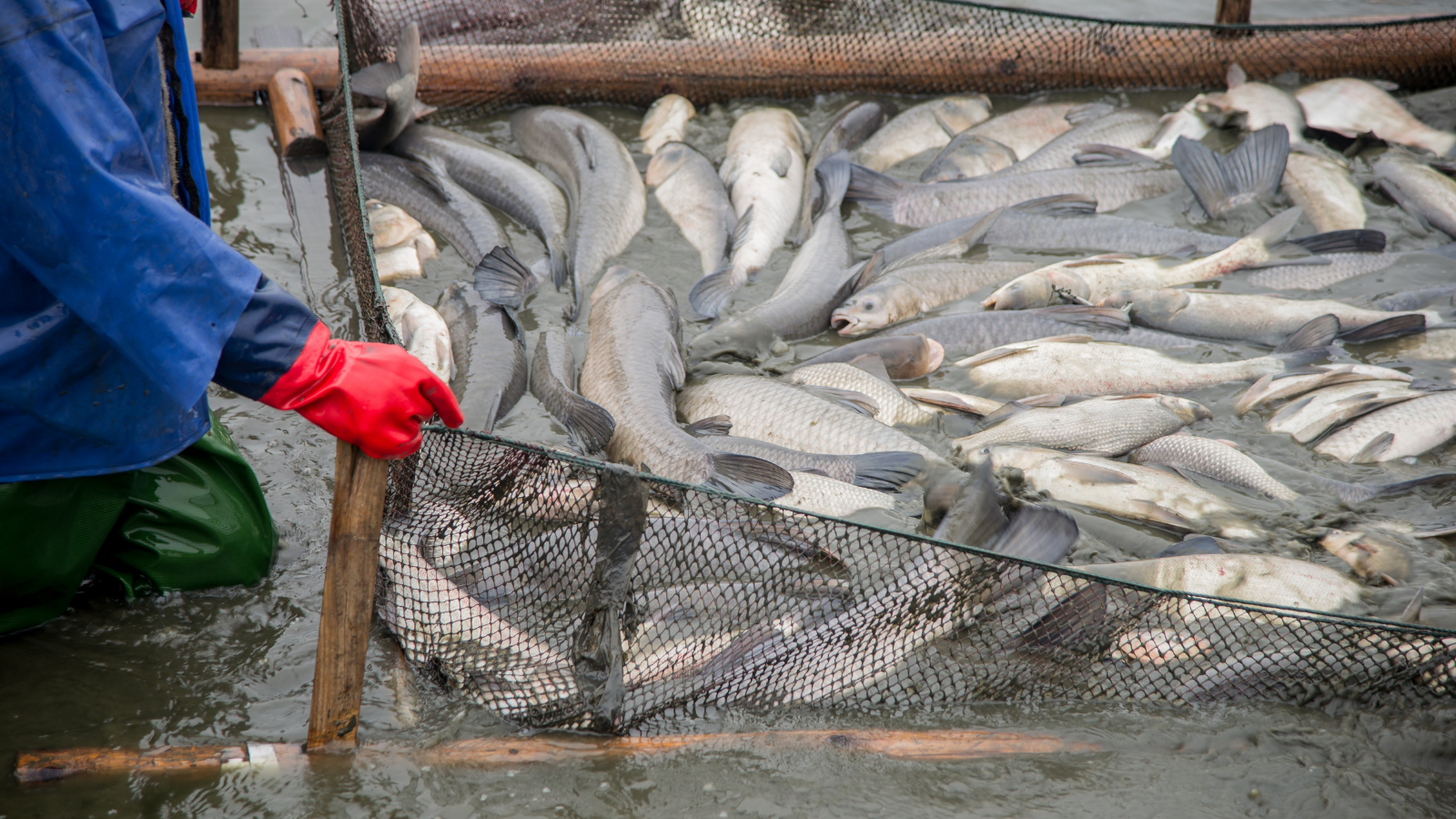 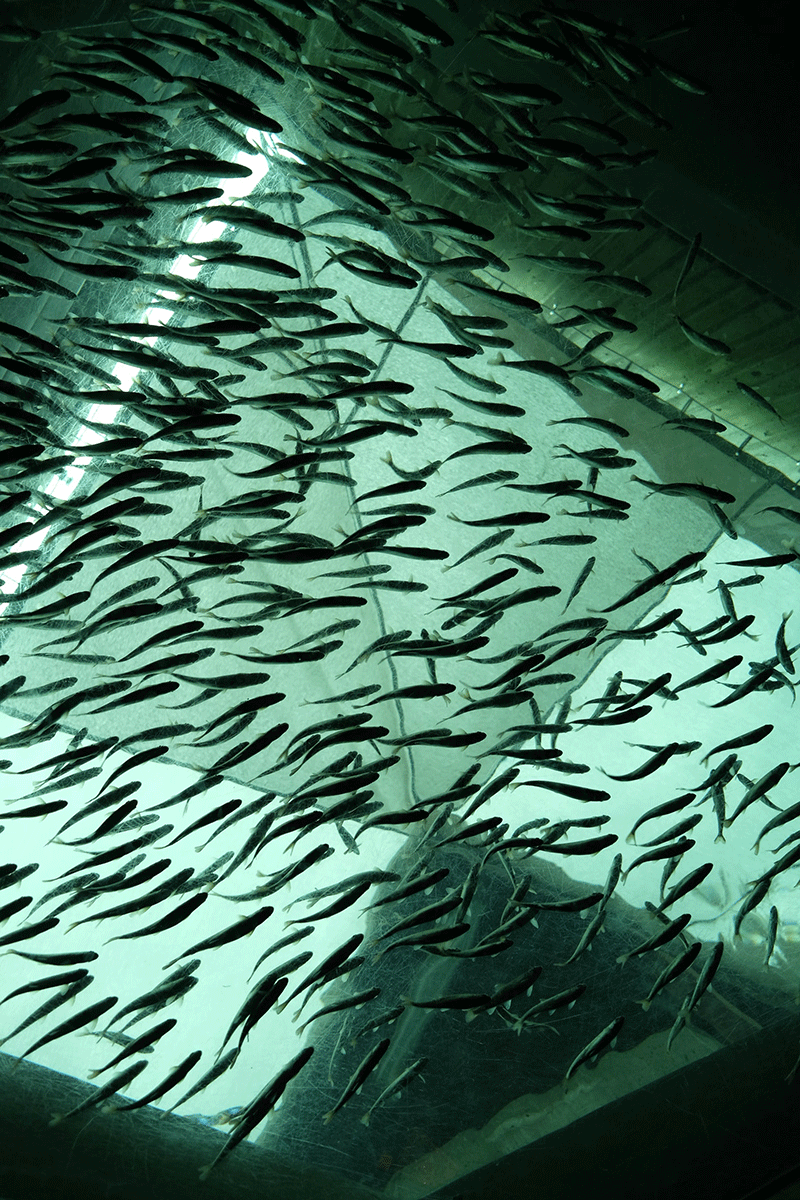 Nor have the regulations on transport been formulated with fish in mind. Transport causes stress and impairs welfare through:

Different species have varying requirements regarding oxygen, pH, salinity and temperature, and in a closed system, carbon dioxide and ammonia, both excreted by fish, increase. Oxygen needs to be administered to avoid suffocation.

Research on fish has been later to start than for other animals, and is hampered by the aquatic environment. It is clear that the first step towards improving the welfare of fish is to implement the knowledge we have. Existing research has focused on just a very few species, and a much better understanding is needed of good welfare provisions for all of the many species held in aquaculture.

With the publication of groundbreaking work by researchers since 2003 proving categorically that fish can and do suffer, the debate surrounding the extent to which they require legal protection has gained momentum.

People recognise that fish are sentient beings that can feel pain. A Eurogroup for Animals poll showed that humane slaughter (89% of respondents), the ability to act out natural behaviours (94%), and access to clean water (95%) are all understood by European citizens to be imperative for fish welfare.

Perhaps because fish are unique among animals farmed for human consumption in that their deaths are recorded in collective weight rather than number of animals, people tend to be more concerned about declining fish populations overall and threats to their natural environment, such as rivers and seas. According to studies conducted in the EU, the main concerns for consumers when buying seafood products are freshness and health benefits, closely followed by environmental impact and overfishing.

Currently, Directive 98/58/EC (the General Farming Directive) and Regulation 1099/2009/EC (the Slaughter Regulation) explicitly protect the welfare of farmed fish. However, they include only the general principle of avoiding pain, distress and suffering, and do not include any specific requirements for fish.

Similarly, the Transport Regulation 1/2005 aims to protect the welfare of animals and applies to all vertebrates, including fish. In practice, though, there are no requirements that specifically address the welfare of fish.

EFSA’s series of Scientific Opinions on fish welfare, published a decade ago at the request of the European Commission, include a general approach to fish welfare and sentience, a series on husbandry, and a series on slaughter of different species. While not legally binding, these opinions can be used as a reference to inform EU and domestic legislation on important aspects of fish welfare.

The EU’s Strategic Guidelines for the Sustainable Development of Aquaculture, published in 2013, do not include any reference to welfare. In early 2019, the European Parliament debated animal welfare in aquaculture for the first time, and the Commissioner agreed that it should form an integral part of ”the long-term development of EU aquaculture.”

Eurogroup for Animals would like to see the European Commission issue guidelines for higher welfare aquaculture systems and regulations on fish farming, transport, and slaughter.

We’d also like to see EFSA publish opinions to consolidate the existing knowledge on welfare on farms. Species-specific rules on effective stunning of aquaculture species and the transport of live fish are needed, as is research into the needs of farmed species and development of operational welfare indicators.

Eurogroup for Animals will pursue the development of best practice guidelines through the EU Animal Welfare Platform, and further pursue their implementation in the Member States. We will lobby for welfare indicators to be developed and published at EU level, develop joint position papers with other stakeholders in the Aquaculture Advisory Council, and lobby Member States to improve welfare with European subsidies. To achieve this we will raise the profile of fish welfare in the EU policy arena and develop a strong group of MEPs to be active on files in the Fisheries Committee. 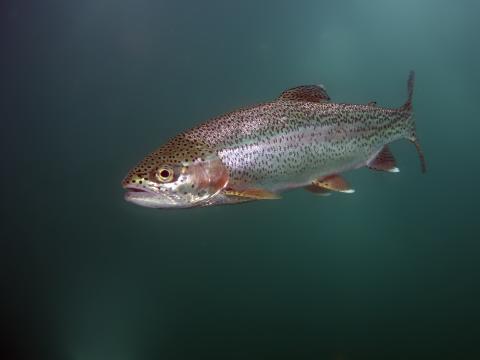 #Act4
Fish
The Danish Minister for Food, Agriculture and Fisheries, Rasmus Prehn, has failed to include both supervision and clearly defined animal welfare standards in his proposal for a new aquaculture strategy. 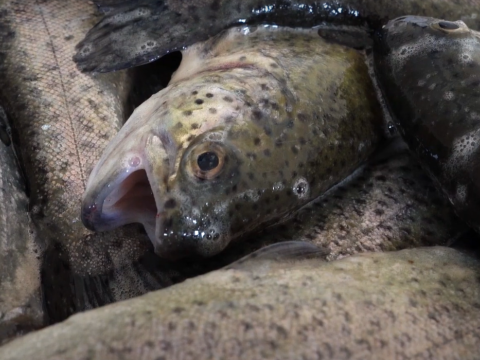 #Act4
Fish
The Franz Weber Foundation has released footage from an investigation carried out between 2020 and 2022 in 12 Spanish fish farms. Using a hidden camera and drones, images were taken at fish farms of the most commonly produced fish species in Spain: sea bream, sea bass, trout and turbot. 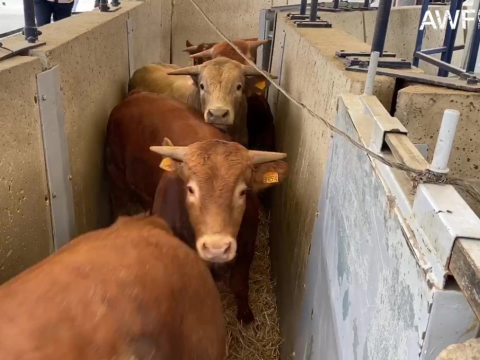 #Act4
FarmAnimals
Today’s Agriculture and Fisheries Council discussed several key dossiers for animals, specifically live animal transport and aquaculture: 13 Member States call for an ambitious revision of the Transport Regulation including maximum journey times as well as a shift to a meat and carcass trade. Now it's time for the European Commission to incorporate these views in the revision which is due at the end of 2023.

AGRIFISH Council - Member States step up their game for animals 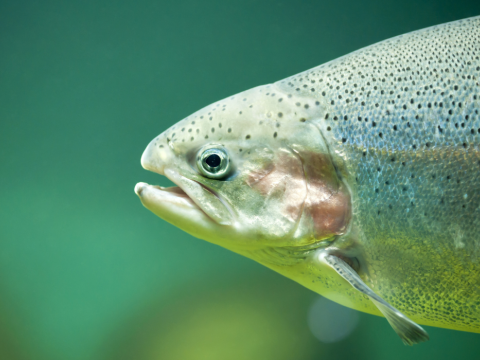 #Act4
Fish
First published in 2020, the EU Platform on Animal Welfare’s best practice guidelines on water quality and handling for the welfare of farmed fish are now available in 23 languages. 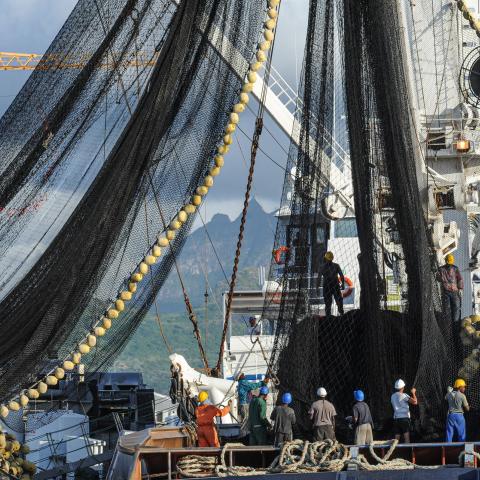