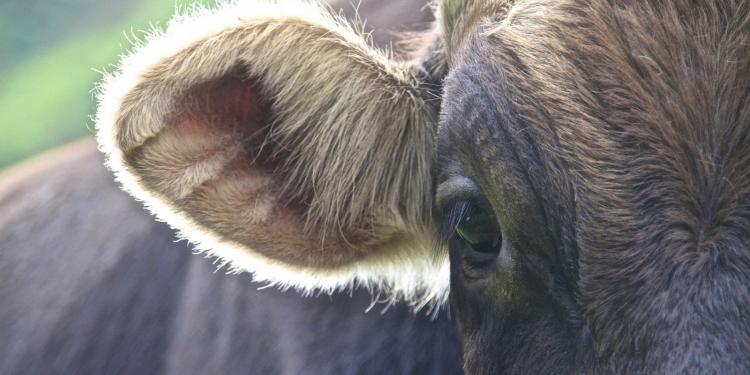 News
Eurogroup For Animals calls on world leaders to enhance pledges to reduce greenhouse gas emissions in order to better uphold the obligations derived from the Paris Agreement. Linking animal protection, trade policies and sustainable food systems would be a first step in the right direction.

Six years after the Paris Agreement, the 26th United Nations Climate Change Conference of the Parties (COP) is taking place in Glasgow. This conference is particularly important because it’s the first time the 'ratchet mechanism' foreseen in the Paris Agreement will be used.

Indeed, each country is expected to submit enhanced “nationally determined contributions” (NDCs) every five years to ratchet up ambition to mitigate climate change.  However, despite the fact that the 2020 conference was postponed due to the pandemic, dozens of countries still have not updated their pledges to reduce their greenhouse gas (GHG) emissions by the time of the 2021 conference.

The implications are serious. A global temperature rise of 2°C above pre-industrial levels delivers the probability of dangerous climate change. Hence, GHG emissions need to be drastically reduced but countries continue to do “business as usual”.

Livestock farming represents a significant share of the planet’s emissions that cannot be ignored as they account for approximately 18% of global GHG emissions, which is more than all transports combined.

As outlined in the recent IPCC report, we have no time to lose in cutting methane emissions. Reducing livestock numbers could contribute significantly to meet the Paris target, while failing to reduce them will put most of the UN SDGs out of reach.

World leaders need to explicitly recognise the intrinsic link between animal protection and the UN SDGs, and the importance of animal protection in putting the world on a sustainable path to 2030. Changing the food system and how we treat animals is a major opportunity for climate change mitigation. Political leaders and governments can, for example:


It is also high time to address the impact of trade on climate. Currently, trade agreements liberalise trade without any climate or animal welfare conditions. As a result, they fuel unsustainable production systems, harming people, animals and the planet. For instance, the EU-Mercosur trade deal, by granting significant market access to animal products, will fuel intensification of animal farming which highly contributes to deforestation, which in turn will contribute to climate change. In Brazil alone, over half of the country’s deforestation over the last twenty years came from the beef sector, mainly due to the conversion of forests into cattle pasture.

To inform COP26 attendees about the environmental issues associated with animal-related sectors, as well as how improved animal welfare and transformed food systems can help build back better, Eurogroup for Animals have created a leaflet entitled “Protecting Animals to Protect the Planet”.