Will the European Parliament make the Future of CAP animal welfare-friendly? 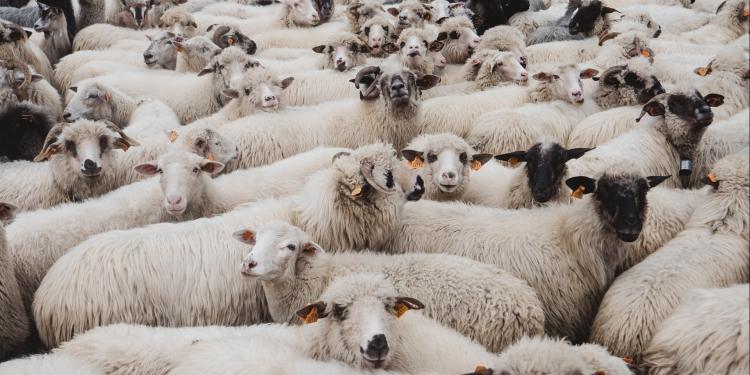 Will the European Parliament make the Future of CAP animal welfare-friendly?

News
On 20 October 2020, the European Parliament will vote on the Common Agricultural Policy (CAP) 2021-2027. With a lot at stake, MEPs will also vote on whether the new CAP will finally be able to deliver toward its objective of 'promoting animal welfare'.

An overwhelming majority (94%) of EU citizens believe it is important to protect the welfare of farmed animals. Additionally,  in the most recent EU wide survey on European, Agriculture and the CAP in the latest Eurobarometer, citizens listed animal welfare as the second most important responsibility farmers should have in today’s society.

The reform of the CAP provides numerous opportunities to take into consideration these citizens’ demands on animal welfare.

Next Tuesday, Members of the European Parliament will vote on what the future CAP will look like and whether animal welfare will be an integral part of the programme from 2021 to 2027.

Eurogroup for Animals and its members call on the MEPs’ support of improving enforcement of animal welfare legislation (conditionality measures), and promote best practices on farm animal welfare (in the newly created eco-schemes and under the in Pillar II listed measures for rural development plans).

The Common Agricultural Policy (CAP) is the first, biggest, and one of the few pieces of legislation entirely decided at the EU level. The CAP accounts for almost half of the EU’s entire budget – around 58 billion euros yearly. In paying European farmers in exchange for producing food in a certain way, the CAP determines which type of farming practices are likely to thrive in the EU.

What we call the “CAP” is in fact a series of regulations: four regulations under the current CAP; reduced to three for the next CAP reform. The Regulation on Strategic Plans, which determines rules for payments to farmers (so called “Pillar I”) and the measures for rural development plans, which are essentially bonuses afforded to producers who undertake good practices (so-called “Pillar II”). The Common Market Organisation (CMO) Regulation relates to technical measures supporting production and consumption, such as promotional measures, regulation on denomination of food products, and all the measures actionable during crisis (surplus stocking for instance). Unlike the CAP Strategic Plans Regulation, the CMO regulation is not regulating payments, but technical measures to regulate the agri-food market. Finally, the Horizontal Regulation mostly provides for penalty measures. All three regulations have tremendous effects on the number of animals produced, and the ways in which they are treated.

Yes. The EU is the only  jurisdiction in the world to include an animal welfare component in its agricultural policy. This, more than the enactment of animal welfare legislation, contributes to the exceptionalism of the EU when it comes to the taking into account of  animal welfare in policies. The articulation between the CAP and animal welfare is instrumental to achieve the objectives set in EU animal welfare laws, since the CAP is  the one piece of legislation which most affects the lives of the seven billion farm animals raised and slaughtered each year in the EU.

Even though the CAP contains only a few provisions on animal welfare, these provisions affect greatly the treatment of farm animals in our union.

To understand the extent to which CAP and animal welfare intersects, it is important to know how it is structured. The CAP is divided into two main “pillars”, with:

In fact, animal welfare requirements as an eligibility criterion for subsidies were included in the CAP in the early 2000s, but it wasn’t enough to prevent the proliferation of intensive farming.

As a result, cruel practices are becoming increasingly common on European farms – in France, the UK, Poland and Spain, to name a few countries. The present CAP will expire in 2020 and a new one is being discussed in the European Parliament and Council.

The EU’s subsidy scheme is in need of reform to ensure it meets our societies’ biggest challenges and expectations concerning our food system. Yet the reforms addressed so far are limited to the administrative intricacies of payment redistribution by the European Commission and the Member States: a shame, given the considerable effect the CAP has on animal welfare and its potential to improve food policies.

Circling back to the compliance requirements on animal welfare under Pillar I, the CAP doesn’t cover all species – poultry welfare requirements are still excluded, for instance, despite the fact that there are two specific pieces of EU legislation imposing minimum welfare standards for laying hens and for broilers. Even for animals which are included in the CAP’s welfare provisions, compliance is not always guaranteed. For example, the EU Court of Auditors recently found that not all farms receiving money from Pillar I were being checked for adherence to the CAP’s welfare provisions, with some Member States’ inspection systems leaving farms – sometimes those most in risk of violations – outside their scope.

As for Pillar II, even though some Member States may have specifically chosen to fund animal welfare practices that go the extra mile, not all of them actually spent according to that express intention under the current CAP - 16 out of 28 Member States only, and for an amount totalling only 1.5% of the entire pillar. Secondly, while you would think if a farmer is getting Pillar II subsidies for the extra animal welfare measures, he or she would also be complying with the legal requirements of Pillar One, the EU Court of Auditors has revealed that this is not the case. Examples include farmers who are providing more space per pig than is required by EU law while not complying with minimal legal requirements in other areas, such as painful tail docking. An additional issue is that in listing the best practices they choose to fund under Pillar Two, Member States often incentivise those that are detrimental to animal welfare. Funding for modernisation could lead to the building of a state-of-the-art intensive farm, for example.

In fact, the issue of animal welfare in the CAP goes beyond gaps in enforcement, and has more to do with the general objectives of the CAP itself.

Since its creation in the early 1960s, the CAP has incentivised the increase in production of animal-based food products; first as a way to ensure EU’s food security, and more recently to gain global market share. By doing so, it has undermined an already weak animal welfare policy objective. At its current level, the CAP gives revenue to farmers for raising animals for consumption purposes to such an extent that animal agriculture accounts for 40% of the EU’s agricultural production, according to Eurostat’s Agriculture, Forestry and Fishery statistics from 2018. As a result, production methods have been further industrialised, making extreme confinement and painful mutilations the norm in EU animal agriculture. By incentivising the production of animals for food, the CAP also influences consumer patterns. Firstly, the more animals are produced for food, the more consumers will find animal products in supermarkets, and the cheaper those products will be. Secondly, to maintain consumption levels of animal products, certain intensive producers benefit from opportunities available under the CAP such as the EU’s marketing campaigns to promote and sell their products. For instance, certain Italian PDO pork producers have continued to benefit from these opportunities despite repeatedly violating minimal EU animal welfare standards. Similarly, the CAP gives privileged access to specific markets with programmes such as the EU “School Scheme,” providing milk to school kids across the EU, but also enabling producers to use European schools as a dumping ground for an overproduced commodity while influencing young Europeans’ food habits.

Not only has the CAP neglected to properly take animal sentience into account, it has led to a broken food system which fails animals, farmers, consumers and citizens alike. The CAP reform is a unique opportunity to reverse the trend of industrial farm animal production. To further the EU’s mandate to respect animal sentience, we must demand that the cruelest forms of animal exploitation must be ineligible for any type of public funding (subsidies and market measures), higher welfare systems rewarded and inspection systems in EU States strengthened throughout the Union. Only this would make the CAP consistent with the EU Treaty, and the EU a credible role model for animal welfare for the rest of the world.

The European Parliament, therefore, needs to (1) support enhanced conditionality on animal welfare; all directives on animal welfare should be included in conditionality, and conditionality should be extended to both pillars; (2) support funding to incentivise producers to transition towards more humane systems; under Pillar I with the newly-created eco-schemes; under Pillar II by making Animal Welfare Measure (“Measure 14”) mandatory in all national  rural development plan.