Will the European Parliament finally put fish welfare high on the EU’s agenda? 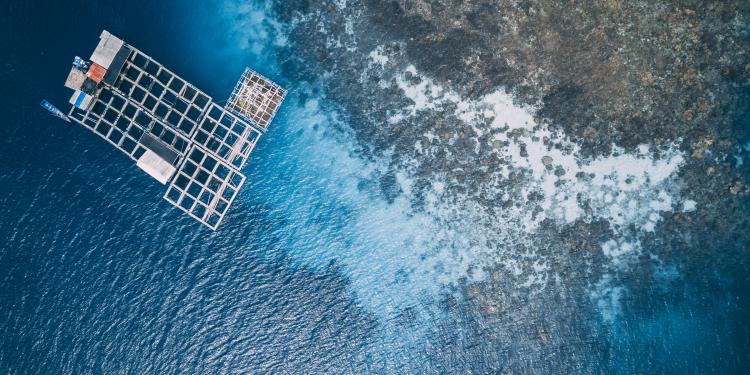 Will the European Parliament finally put fish welfare high on the EU’s agenda?

News
The European Parliament’s Fisheries Committee (PECH) is currently considering initiating a so-called own-initiative report on fish welfare in aquaculture. If the initiative goes ahead, it will mean the European Parliament taking a formal position on a range of fish welfare issues and related policy. With upcoming Commission initiatives and the rising awareness of consumers, this could be the crucial move to put fish welfare high on the EU’s agenda during a critical time to finally tackle the welfare issues of this long overlooked group of farmed animals.

After a recent series of important steps and achievements for fish welfare in wild capture fisheries, this own-initiative report on fish welfare in aquaculture - brought to the table by Portuguese MEP Francisco Guerreiro (Greens/EFA) - could empower the European Parliament to elevate fish welfare to the next level and send the right signal, at the right time:

Initiated by the Farm to Fork Strategy, the European Commission is currently reviewing all animal welfare legislation to see if they are still fit for purpose. As the existing legislation does not translate to implementable provisions for fish, Eurogroup for Animals calls on the European Commission to revise the legislation, and to ensure that fish will not be forgotten again: Revising the legislation to include fish welfare standards, could have a massive impact on the lives of billions of farmed fish in the EU. It could also give aquaculture operators better clarity on what is expected of them and will help in marketing their products in the EU for value, when improving the welfare of fish on the farms.

In parallel, the Commission is expected to publish the Strategic Guidelines for the Sustainable Development of European Aquaculture, a new 7 year policy programme, in April. By moving forward with this own-initiative report, the European Parliament can be an important momentum to voice for a clear position on making fish welfare an enabler for a more resilient and sustainable EU sector.

Consumers are becoming increasingly aware of the practises of aquaculture, including its welfare issues as a 2018 survey shows: With the vast majority of 79% of European citizens saying that welfare of fish should be better protected than it currently is, this own-initiative report could also be a chance for MEPs to bring citizens’ concerns to the debate on the future of European aquaculture.

The potential welfare impact of aquaculture practises is not limited to end-of-life capture and slaughter, but extends across the entire lifecycle of the fish, including housing, transport, handling, health and monitoring systems. For insights into some of the common welfare issues, please see here our video series on the silent suffering of fish and our briefing on European aquaculture.

In two weeks, the Fisheries Committee (PECH) is expected to make the decision to either move forward with the own-initiative to secure fish welfare a spotlight on the EU’s agenda or to miss this chance and, thereby, show to citizens that their concerns are dismissed in this debate.