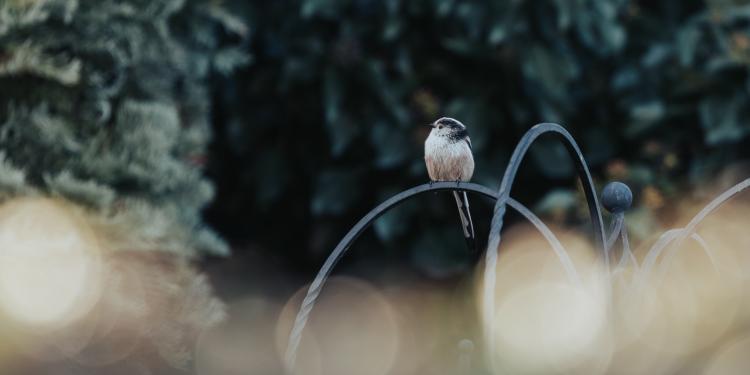 News
A population of North Island robins in a New Zealand sanctuary provides a unique system for investigating the memory skills of birds in the wild.

New Zealand’s North Island robins (Petroica longipes), known as toutouwai in Maori, are capable of remembering a foraging task taught to them by researchers for up to 22 months in the wild, according to a study published on February 12 in Biology Letters. These results echo the findings of a number of laboratory studies of long-term memory in animals, but offer a rare example of a wild animal retaining a learned behavior with no additional training. The study also has implications for conservation and wildlife management: given the birds’ memory skills, researchers might be able to teach them about novel threats and resources in their constantly changing habitat.

“This is the first study to show [memory] longevity in the wild,” says Vladimir Pravosudov, an animal behavior researcher at the University of Nevada, Reno, who was not involved in the study.

Rachael Shaw, a coauthor and behavioral ecologist at Victoria University in New Zealand, says she was surprised that the birds remembered the new skill she had taught them. “Wild birds have so much that they have to contend with in their daily lives,” she says. “You don’t really expect that it’s worth their while to retain this learned task they hardly had the opportunity to do, and they can’t predict that they will have an opportunity to do again.”

Shaw is generally interested in the cognitive abilities of animals and the evolution of intelligence, and the toutouwai, trainable food caching birds that can live up to roughly 10 years, make perfect subjects for her behavioral investigations. “They’ve got this kind of boldness and curiosity that a lot of island bird species share,” says Shaw. These qualities make them vulnerable to predation by invasive cats, rats, and ermines (also known as stoats), but also inquisitive and relatively unafraid of humans, an ideal disposition for testing memory retention in the field.