Wild animal circuses could soon be banned in the US 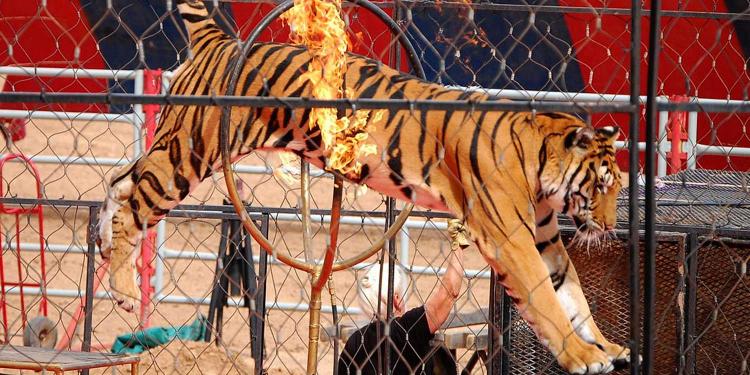 Wild animal circuses could soon be banned in the US

News
California just banned the use of wild animals in circuses.

Bill SB 313 — which was authored by Senator Ben Hueso and co-sponsored and supported by a number of animal rights groups — was signed into law by Governor Gavin Newsom today.

The bill applies to most animals. Domestic dogs, cats, and horses are exempt. It includes a $25,000 penalty per day for each violation.

PETA (People for the Ethical Treatment of Animals) co-sponsored the bill, alongside Social Compassion in Legislation. Animal Defenders International (ADI) supported the bill.

She added, “they don’t belong on a carnival midway, and they’re not willing participants in circuses, so PETA looks forward to seeing Sen. Ben Hueso’s bill become law and the days of dragging beleaguered camels and caged tigers across California come to an end.”