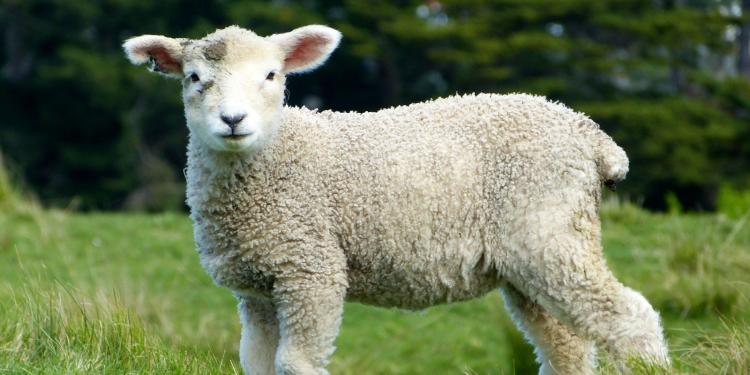 The goal of this project is to detect any illegalities and document the conditions of the lambs in order to ask the European Commission for laws that better protect farm animals during transport. This is one of the most
stressful phases, causing a lot of suffering for animals raised for food.

As the Easter holidays approach, the imports of lambs arriving in Italy after exhausting
journeys increase. Last year, in the days before Easter, over 140,000 lambs just a few months old were transported primarily from Romania and Hungary to the slaughter plants located mainly in the regions of Lazio and Apulia. The animals endured journeys lasting up to 30 hours.

For this reason, over the next few days, the organisation Essere Animali and MEP Eleonora Evi will conduct checks of the trucks used to transport live animals that pass through the border with Slovenia to Italy. The monitoring will check compliance with the European Regulation 1/2005 on the protection of animals during transport and related operations, paying particular attention to the most problematic aspects such as load density, the presence of animals not suitable for transport (e.g. injured animals or animals that are too young), compliance with the minimum requirements for the movement of animals within compartments, and the correct functioning of drinking systems. Any offences will be reported to the traffic police unit responsible for the area, with a request for immediate intervention.

Essere Animali’s monitoring activities also have the purpose of documenting the transport conditions which, while respecting the current legislation, present critical problems for animal welfare, highlighting the need to implement European laws that better protect animals during this delicate phase.

The No Animal Left Behind campaign calls for a ban on practices that cause avoidable suffering to animals.

Through the Farm to Fork strategy, the European Commission is in fact engaged in a complete revision of the laws concerning farming, transport, and slaughter of animals, with the aim of aligning them with the most recent scientific data available, broadening their scope, making them easier to apply, and ensuring a higher level of animal welfare. The new legislative proposal is expected in 2023.

In January 2022 the European Parliament approved a series of recommendations drawn up by the Commission of Inquiry on the Protection of Animals during Transport (ANIT), which do not place animal welfare at the centre of the revision of the legislation. In fact, the text approved by the majority of MEPs does not propose adequate solutions to numerous urgent problems, including the transport of animals over long distances (over 8 hours), and that of unweaned animals.

These are issues that specifically concern the transport of lambs imported to Italy from Eastern Europe every year, documented over the years by field investigations and proven by extensive scientific literature. Our appeal is therefore addressed in particular to the European Commission so that, in the process of revising the transport regulation, it goes beyond the recommendations voted in Parliament and commits to listening to and adopting the requests of European citizens and civil society.

The current European regulation on the transport of live animals is far from guaranteeing the protection and wellbeing of animals, and, moreover, it is frequently violated. All this is unacceptable and must be changed. Likewise, the entire current food system is based on profit at all costs and on intensive and industrial farming practices which not only exploit other sentient beings as commodities, but also destroys forests, pollutes soil and water sources, increases greenhouse gas emissions, and bankrupts small farmers. No one benefits from this system apart from big business. We have to change this system; there is no more time to waste.
Eleonora Evi MEP, member of the Committee of Inquiry on the Protection of Animals during Transport (ANIT)

We can still intervene to stimulate a concrete improvement of the laws for the protection of animals, in line with the requirements of the majority of European citizens who have clearly expressed their interest in legislation that guarantees greater and better protection of animal welfare. This was demonstrated even recently, through the public consultations promoted by the European Commission, the results of which were released in recent days. We will inform the Commission of the outcome of our control activity, asking that the transport of live animals over long distances be definitively prohibited.
Simone Montuschi, President, Essere Animali