Welfare-friendly Janusz Wojciechowski confirmed as next Commissioner for Agriculture 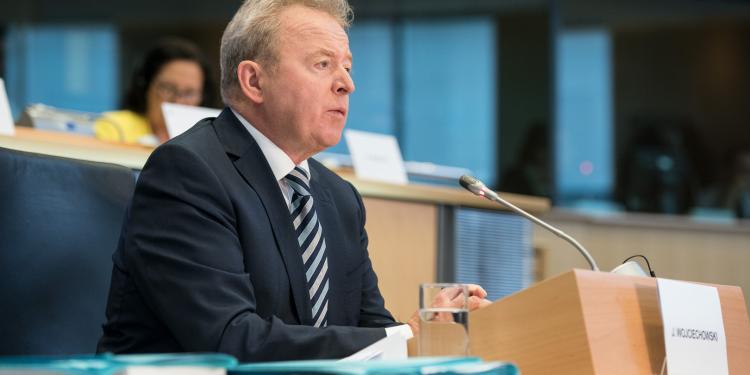 Welfare-friendly Janusz Wojciechowski confirmed as next Commissioner for Agriculture

News
The Agriculture and Rural Development Committee on Tuesday resumed the 1 October hearing of the Polish candidate for the agriculture portfolio, Janusz Wojciechowski.

Political groups’ coordinators from the committee met immediately after the hearing to assess the performance of Commissioner-designate Wojciechowski.

European farmers must get better support to increase their competitive edge and allow them to continue providing a secure supply of high-quality and healthy food to 500 million EU citizens, Mr Wojciechowski said at the beginning of his resumed 90-minute hearing. This requires proper funding, he added, pledging to fight for a strong budget for the Common Agricultural Policy (CAP). He also made a commitment towards closing the gap between payments for farmers within and among member states.

MEPs quizzed the Commissioner-designate once again about his views on the ongoing reform of the EU farm policy and on whether he was considering tabling new legislative proposals. They also asked him how he intends to boost the environmental performance of the CAP, to help increase the number of young farmers in the EU, to fight land concentration and to ensure that direct payments reach genuine farmers.

Members wanted to know how the Commissioner-designate plans to counter foreign countries’ protectionist measures, to finance market-related measures, and how to ensure that EU farmers and EU consumer-protection standards do not suffer any harm from free-trade deals.