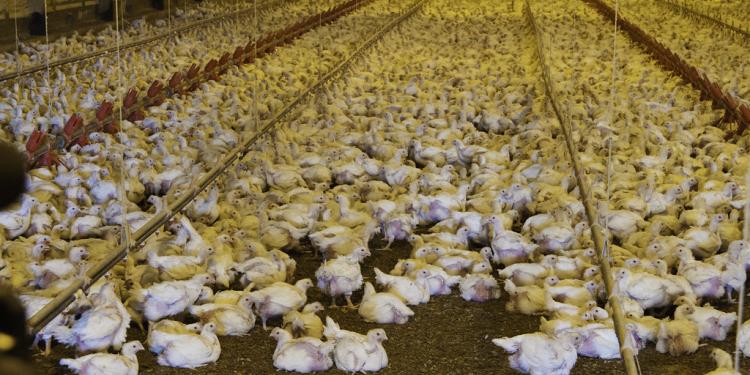 US hens have half the living space of UK birds and are dipped in chlorinated water after slaughter to kill bacteria growing on them as a result of the birds “literally sitting in each other’s waste”, according to a new video being launched today by the RSPCA.

Aiming to highlight the welfare differences between US and UK farm animals as trade talks resume between the two countries in September, the UK’s largest animal welfare charity is taking the unusual step of releasing a video that “exposes the realities of animal welfare” and warns consumers against US dairy, egg and meat imports.

Examples of US-UK welfare differences identified by the RSPCA include the absence of US federal laws protecting chicken or turkey welfare, US egg hens having only about half the living space of UK hens, and only 5% of US laying hens being free range compared to 52% in the UK.

For pigs, the UK banned sow stalls in 1999 while major US pig producing states still use them. “Sow stalls leave pigs very little space [and] prevent them from even turning around,” the RSPCA said, while US beef cattle “can be treated with hormones which have been banned by the EU.”