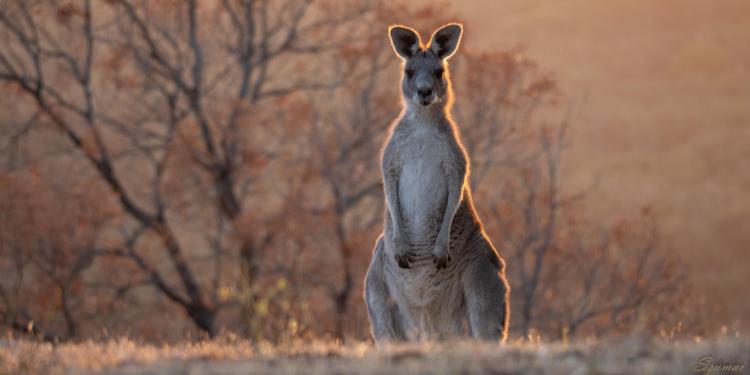 On 24 October 2022, on World Kangaroo Day, Eurogroup for Animals, LAV and World Animal Protection presented three petitions that were submitted earlier this year to the European Parliament's Committee on Petitions (PETI) calling for a ban on imports of kangaroo products. MEPs present in the room showed unanimous support to the petitions. They will remain open and further enquiries will be made.

World Kangaroo Day 2022 has set the scene for a huge step towards a ban on imports of kangaroo products into the EU. Three petitioners, representatives of World Animal Protection (Sanne Kuijkers), LAV (Simone Pavesi) and Eurogroup for Animals (Nick Clark), presented the horrific conditions in which kangaroos are hunted, the threats it poses to biodiversity and conservation, as well as the sanitary and public health concerns raised by the importation and consumption of this meat. The presentations were illustrated by compelling footage of the hunt and transport of kangaroo carcasses. 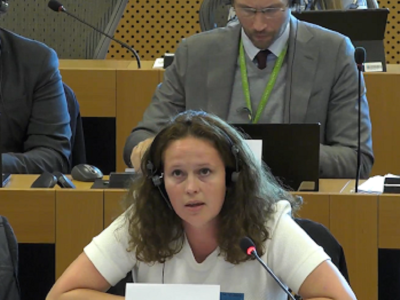 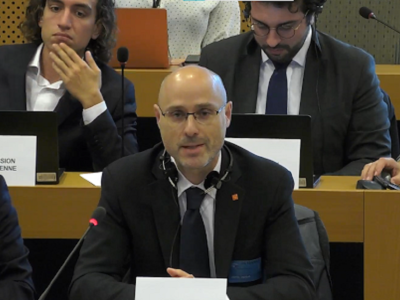 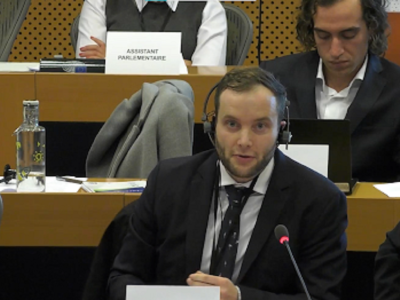 Responding to the petitions, the European Commission did not show urgency, or much consideration for the seriousness of the situation, did not acknowledge the evidence that kangaroo meat imports put the health of EU consumers at risk and falsely argued that the EU has no competence to act on this issue.

On the contrary, MEPs unanimously supported the statements made in the petitions.

MEP Maestre Martín de Almagro highlighted that the EU regularly emphasises the need to improve animal welfare, yet it continues to import meat from third countries that are not meeting the EU standards on animal welfare. She also emphasised that the EU has competence and duty to protect the health of EU consumers.

MEP Peter Jahr stressed that European consumers must be confident that the meat they consume on the EU market is safe, healthy and meets EU animal welfare standards.

MEP Ana Miranda Paz pointed out that the hunting lobby has in the past claimed that it produces high quality products but that this has proved to be false, emphasising the need to ensure that all meat products imported into the EU meet certain standards.

Following these statements, the Committee decided to keep the petitions open, asked the European Commission to provide a written reply and the ENVI committee to give an opinion.

A stunt was also held in front of the European Parliament with the petitioners and multiple experts such as Dror Ben Ami (Voiceless), Daniel Ramp and the Kangaroos Alive team, who produced the film “Kangaroo - A Love Hate Story”, in order to raise awareness on this issue. 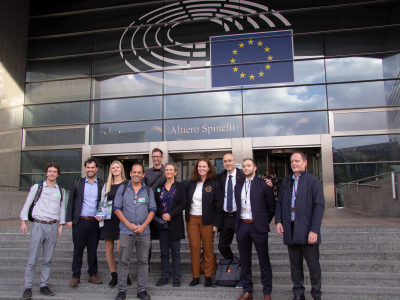 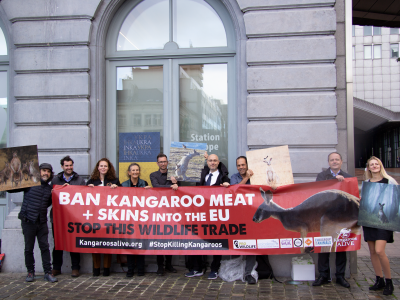 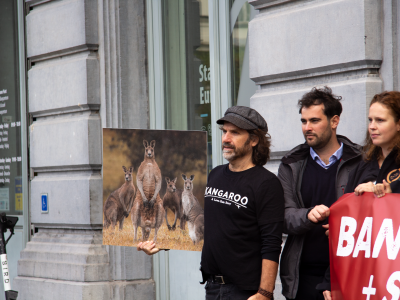 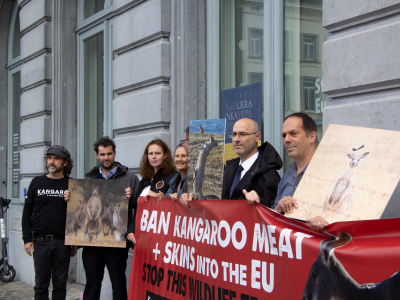 Eurogroup for Animals and its members and partners will continue to work and follow up on these outcomes to ensure that the EU finally stops the imports of kangaroo products.

Support the petitions submitted by Eurogroup for Animals, LAV and World Animal Protection.