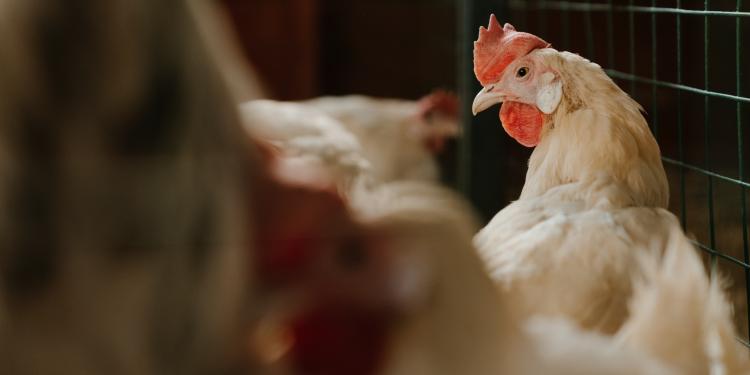 The EU-Ukraine DCFTA granted significant trade preferences to Ukrainian animal-derived products when it entered into force in 2016, leading to the tripling of Ukraine’s exports of eggs and chicken meat and making the country the first source of EU imports for these products. The increase of Ukrainian chicken meat exports to the EU market largely profited Ukrainian giant poultry producer MHP, which is known for producing in intensive megafarms. The giant also forced the EU into extending trade preferences available for poultry under the DCFTA back in 2019, as a compromise to solve a dispute related to the agreement’s implementation. As the EU does not impose most of its animal welfare standards on imported food, the DCFTA has thus so far stimulated a very unsustainable trade, and thus production.

Ukraine is bound by the agreement to align its animal welfare standards with the EU’s. But the country only adopted a legislation aiming at approximating such standards in February 2021, five years after the DCFTA’s entry into force, and the implementation of this legislation is only foreseen as of 2026. The EU must therefore condition the DCFTA’s market access review to an effective alignment between Ukrainian and EU animal welfare standards. Such an approach would respond to citizens’ concerns regarding the surge in lower welfare imported food. This would also help avoiding that the DCFTA fosters further unsustainable farming in Ukraine and, as an additional positive side effect, it would contribute to improve the level playing field for EU producers.

On a more positive note, Ukraine being a key player in the agrifood sector worldwide, achieving progress over there could have a positive impact on a huge number of animals. When Ukraine fulfils its DCFTA commitments, the country will be the first EU trade partner to apply EU-equivalent animal welfare standards. In addition, the wording of the DCFTA implies this alignment is dynamic, and once the EU will have revised its animal welfare standards, as expected with the Farm to Fork Strategy (F2F), Ukraine will have to move ahead too.

At the time when the EU approach to animal welfare is subject to renewed debate, and in light of the objectives contained in the F2F strategy, it is important for the EU to demonstrate it can deliver progress for animals through trade policy. In the case of Ukraine, the review of the DCFTA  can be used to speed up the implementation of higher animal welfare in the country, and this is what Eurogroup for Animals is calling for.