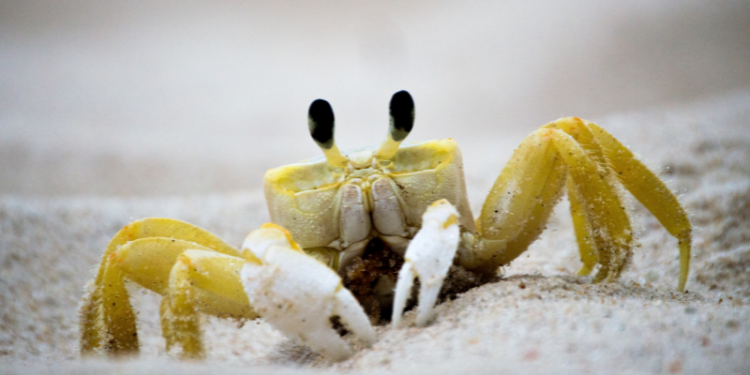 In a monumental step for animal welfare, the UK’s Animal Welfare (Sentience) Bill passed through the final stages in parliament yesterday (7 April 2022) to become law . The passing of this Bill is a historic moment for animal welfare as it marks the first time animals like lobsters, crabs, shrimp, octopus, cuttlefish and squid are protected this way in law.

The Sentience Bill was drafted in 2021 to replace EU animal welfare legislation post-Brexit. The Bill plays a crucial role in recognising that animals are capable of feeling pain and need protection in law and makes provision for an Animal Sentience Committee to scrutinise how government policy impacts animal welfare.

While the Bill initially only covered vertebrates, it was amended in November to include decapods and cephalopods. This was following a government commissioned review of over 300 scientific studies assessing the sentience of these animals. Carried out by an expert team at the London School of Economics (LSE) and led by Dr Jonathan Birch, the peer-reviewed, independent report concluded that there is strong scientific evidence of sentience in decapod crustaceans and cephalopod molluscs, and that they should be included in animal protection legislation.

Our member organisation, Crustacean Compassion, highlighted the widespread support for inclusion of these invertebrates in the form of a petition signed by almost 60,000 people, and an open letter signed by scientists, veterinary organisations and public figures, including the British Veterinary Association, RSCPA and notable wildlife broadcasters.

The Bill will now be sent to the Queen to receive Royal Assent, after which the new law will be known as the Animal Welfare (Sentience) Act 2022.

The Sentience Bill passing into law is wonderful news for decapod crustaceans like crabs and lobsters. The scientific and legal recognition that they are sentient and can feel pain means it is without question that decapods should now also be protected in the real world.  Everyday crabs, lobsters and other decapods are treated in ways that would simply be unthinkable for other animals including being boiled alive. Crustacean Compassion look forward to continuing to work with governments and industry to translate the important words within this bill into actions that protect these animals from suffering
Claire Howard, Executive Director, Crustacean Compassion