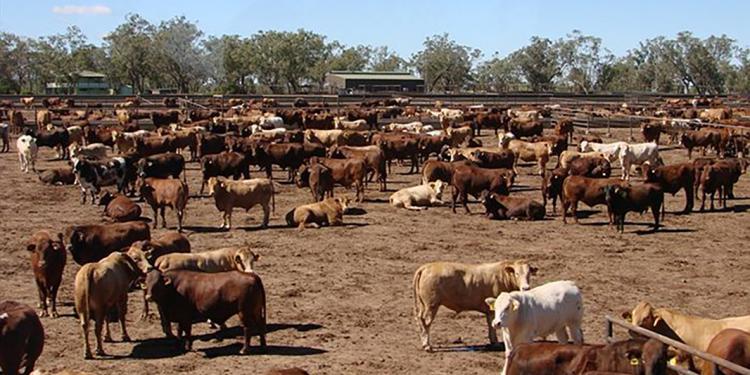 News
After several weeks of anticipation, the UK and Australia announced on 15 June that they have reached a political agreement on a trade deal. The future Free Trade Agreement (FTA) will grant huge trade preferences to Australian beef and sheep meat, with no further condition on animal welfare standards. This is a dreadful precedent for UK trade policy.

This result is a huge disappointment for the animal welfare movement. As most UK animal welfare standards are not applied to imports, such a trade deal is likely to fuel intensive and unsustainable farming in Australia, which is extremely detrimental to animal welfare. For instance, feedlots are common practice in Australian beef production and transport rules allow for journeys of up to 48h without food or water. The UK committed to use trade deals to promote animal welfare abroad. Yet, by abandoning the possibility to condition preferential market access to the respect of UK-equivalent animal welfare standards, it renounces to the best tool to achieve this purpose. Conditional liberalisation was part of the calls expressed by the Trade and Agriculture Committee (TAC) earlier this year.

Similarly to the EU-Mexico Global Agreement, the UK-Australia deal is set to include a chapter on Animal Welfare and Antimicrobial Resistance (AMR). This is welcome, but the language described in the Agreement in Principle lacks ambition. The UK government is likely to depict the inclusion of non-derogation and non-regression clauses in this chapter as a victory , however, considering the low level of Australian animal welfare standards, a commitment not to lower such standards - or not waiver them - is hardly a ‘success’. In addition, non-derogation and non-regression clauses can usually only be activated when the derogation to or regression of the standards has an impact on trade or investments, which is very hard to prove.

Allowing such cheap low quality imports in the market in Great Britain will have various implications. In addition to further fueling unsustainable practices in Australia, the massive market access granted to Australian beef and sheep meat could undercut English, Scottish and Welsh farmers, as they remain subject to higher standards - and thus, higher costs. For farmers in England and Wales, this comes at a time when they begin to transition to a fundamentally new type of income support system, one that rewards them solely for better environmental stewardship and for better animal husbandry. If not well managed, this new system could potentially lead to a lowering of the availability of higher welfare British products, and thus to a greater share of lower welfare imports. In addition, central and devolved governments in the UK have set out a range of ambitious agendas to improve farm animal welfare- notably within England - and the lack of measures on imports could well diminish the support for these reforms among farmers in Great Britain.

By negotiating very fast, without even having published a trade strategy, the UK seems to have sold out animal welfare for the sake of a quick deal. Addressing animal welfare in trade policy requires a long term vision and an understanding of the far-reaching interlinkages between animals and trade. The UK-Australia deal is thus a very bad precedent and does not bode well for future negotiations with the US, Mercosur or India.
Animal welfare
Beef industry
Sheep
Australia
Deel op FacebookDeel op TwitterDeel op PinterestDeel op Linked InDeel op Whatsapp